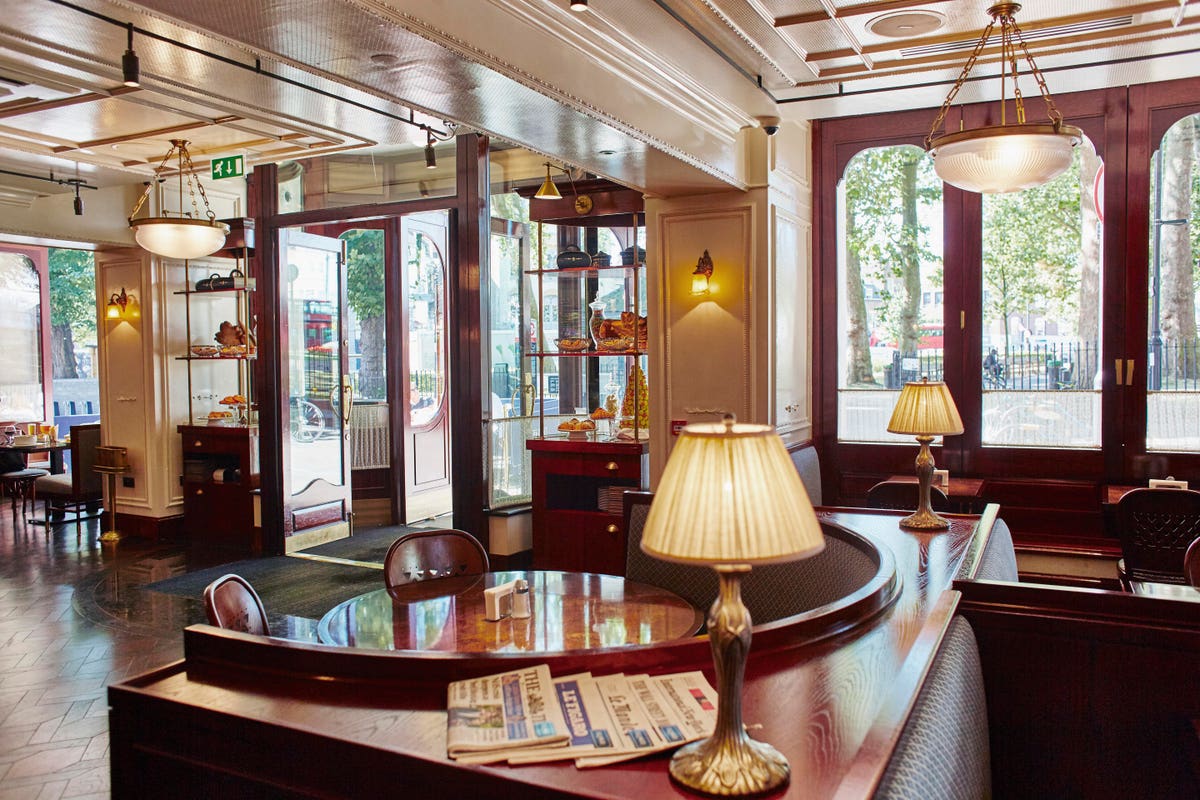 Even in the best of times opening a restaurant is a bold act. But in the middle of a pandemic?

Chris Corbin and Jeremy King own some of London’s most beloved restaurants; including the Wolseley, Cafe Colbert in Chelsea and Brasserie Zedel in Piccadilly. All of them dip into the European grand cafe traditions. The restaurants share a belief in good food and all-day dining with a sense of occasion. Rather than a chain, they are a nuanced set of variations on a classic European culinary riff.

In 2015, the pair opened Bellanger in Islington, giving it an Alsatian accent, a nod to the fact that originally the Paris brasseries were opened by Alsace natives who fled the border skirmishes. There was choucroute and coq au riesling on the menu and Islington residents rejoiced that they had joined the residents of Chelsea and Marylebone in having their very Corbin & King restaurant. Three years later, in 2019,  Bellanger was shuttered. On August 14, it will reopen.

I put it to Jeremy King, who started his partnership with Chris Corbin by turning Le Caprice and The Ivy into culinary and social institutions, that bringing a restaurant back to life is an unusual move in the current climate.

‘If we revert back to normal and pretend that the pandemic hasn’t hit us, we’re in serious danger of failure across the board. The restaurant business is historically very conservative and doesn’t like change.The old cliché of “never waste a crisis” is apt – we need to look at things in a different way. And we had such an outpouring of lamentation when we closed Bellanger.’

Islington is a curious place, diverse but with wealthy pockets. It’s Park Slope liberal by inclination, with boutiques, theatres and cinemas. Among its residents, there’s a sprinkling of celebrities and city types who prefer it to Knightsbrige or Notting Hill. Above all, there’s a high proportion of inhabitants who have the means to work from home both in a pandemic and afterwards.

I live in Islington and the restaurant’s closure came as a blow to many. I went on its last weekend and the sense of mourning was palpable. ‘I’m a dog groomer.’ an elegant woman said morosely to me in the bathroom, ‘and I tell all my clients to come here. Where will they go now?’ The #houndsofbellanger hashtag is still waiting for them. And the kitchen-made dog biscuits.

Last week, Corbin & King sent out a questionnaire; over 4,000 residents of Islington replied (full disclosure: I was one of them). ‘One of the things that emerged was that 73 per cent of people who replied said that they would be working at home more in the next few months,’ says King.

It helps too that Bellanger has space. Part of the site that was once the Collins Music Hall (performers included Charlie Chaplin), it used to have 220 covers. Now, for reasons of social distancing, it will have 170. The street outside is pedestrianised and there’s extensive outdoor seating.

The decor will be lightened, the paintings replaced by murals. A few dishes from its Alsation incarnation will remain, including the tarte flambees (which were my go-to dish) but the menu has been tweaked towards a clientele that may well have to tighten its belt, especially after the U.K. government’s Eat Out To Help Out subsidy ends at the end of August.

Alongside the oysters and rib-eye steaks, there will be more prix-fixe dishes, a two course menu for £10.95, a formule menu that includes a glass of wine for £19.75, as is available at Corbin & King’s Zedel restaurant in Piccadilly.

‘I have a strong belief that the most interesting people who eat in a restaurant, who make it sing and make it lively are actually the least affluent of the guests,’ says King.

Ultimately, Corbin & King’s pandemic leap of faith will require local inhabitants to do their bit too. As a friend said after forwarding me the questionnaire, “I’m making everyone I know promise that they’ll go to Bellanger at least three times a week.”

Flights to Europe are the cheapest in years. That’s about to change as the U.S. lifts travel restrictions
The airplane concept with an ‘underwater’ cabin
The windowless cabin design that could be the future of air travel
The best holiday resorts in Tenerife, from family fun to sun-dappled seclusion
NYC Restaurant Hostess Gets Attacked After Asking For Covid-19 Vaccination Proof