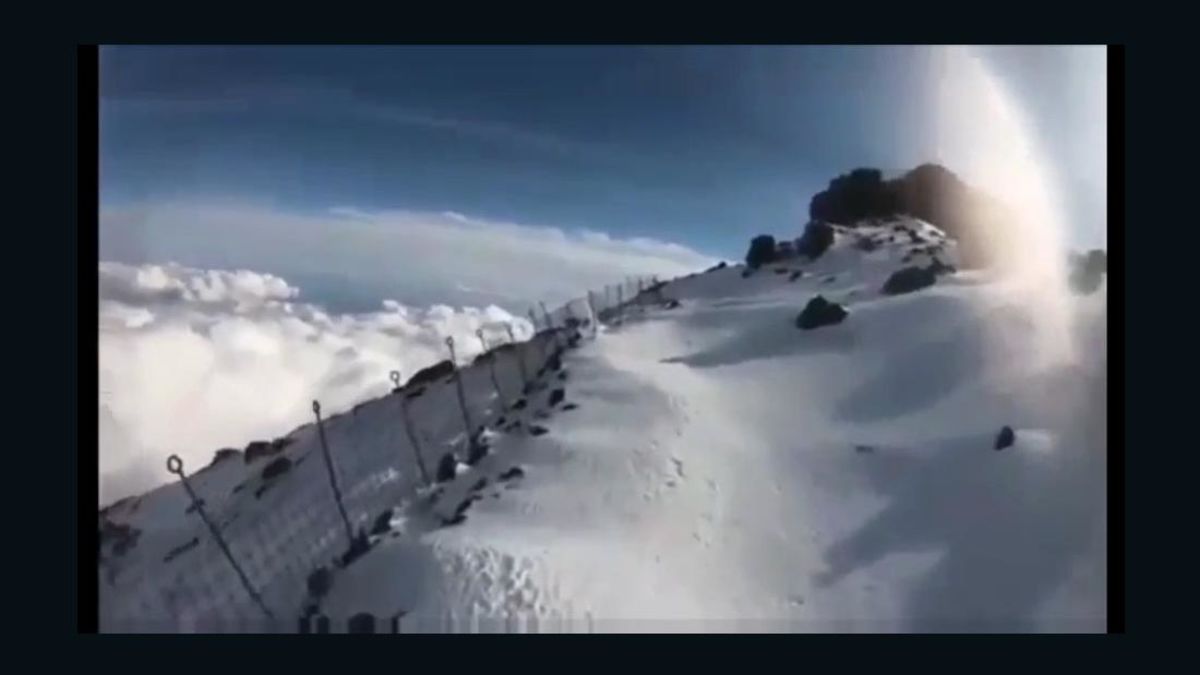 Aiko Kishibata, a press officer with Shizuoka prefectural police, told CNN that authorities were alerted to the incident after receiving calls from people watching the live stream of the climb up the iconic mountain — Japan’s highest peak, which lies near the capital Tokyo.

The video — taken from the hiker’s point of view — shows what appears to be a scene near the top of the mountain, above the clouds. The ground is covered in heavy snow, and the man tells his viewers that it is slippery and dangerous along the route.

“Am I on the right track? So much of the route is covered with snow,” he says as he climbs upward.

“I’m slipping,” the man shouts, as he then appears to fall.

A snow-covered Mount Fuji is seen behind Tokyo in this file photo from 2014.

Kishibata said the accident appears to have taken place near the summit. Rescue workers from Shizuoka and Yamanashi, the two prefectures that Mount Fuji straddles, have been searching for the climber since early Tuesday morning, she added.

Officials have not yet been able to confirm the identity of the individual.

Hong Kong cuts hotel quarantine for travelers to 3 days, plus 4 days of home medical surveillance
The diamond-inspired superyacht concept with an on-board ‘waterfall’
Why Glenmorangie Rebranded
How to explore the lavender fields of France (and things to do when they’re not in bloom)
Stocks Under Pressure Despite Strong Jobs Report As Investors Fear Bigger Fed Rate Hikes