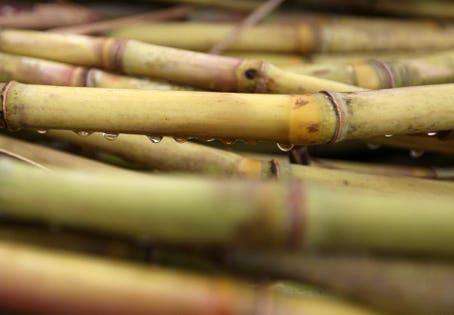 The Caribbean sugar industry is at a crossroads. Free market pressures, operational inefficiencies and sugar producers’ inability to meet manufacturers’ demand for refined white sugar have been a major source of frustration, resulting in an over-reliance on extra-regional sugar imports. Guyana, Belize, Jamaica and Barbados are currently in the process of determining whether a combination of tariffs, structural and operational reforms and the substitution of less refined plantation white sugar for use in the manufacturing sector, might just hold the answer to the resuscitation of the flailing sector.

In 2017, during one of the more “sticky” periods in the history of sugar, the Caribbean lost its preferential market status in Europe, with the abolition of European sugar production quotas. This appeared to be the beginning of the end for the region’s sugar industry and it was predicted that with the consequent depression in world sugar prices, the entire export market would eventually be lost. Trinidad & Tobago and St. Kitts and Nevis’ shut up shop almost immediately.

Since 2017, regionally produced sugar has had to compete with foreign imports of refined white sugar from Guatemala, Brazil, Colombia and Mexico, typically used in the manufacture of food, and beverage products such as baked goods and sugary drinks. Regional manufacturers have been vehement that locally produced plantation white sugar is unsuitable for these uses.

Today, more than two-thirds of the sugar consumed in the Caribbean originates from outside sources, displacing some 200,000 metric tons of regionally produced sugar. In 2018 alone, Jamaica accounted for more than 20% of the region’s 61,717,886 kilograms of total refined sugar extra-regional imports (Sugar Association of the Caribbean)— a staggering figure given that Jamaica is a sugar producing country. In 2018, total sugar imports to the region’s sugar producers were valued at $16.4 million for Jamaica, $6.2 million for Barbados, $4.2 million for Guyana and $138,000 for Belize. (worldstopexports.com) It is no wonder that the local industry is struggling.

In an attempt to save the sector, the Sugar Association of the Caribbean (SAC) has lobbied for the imposition of protective measures in the form of a 40% Common External Tariff (CET) but these recommendations have encountered ongoing resistance by the manufacturing sector who are highly reliant on imported sugar. The SAC has upheld that the Caribbean produces enough sugar to satisfy regional demand, which would reduce CARICOM’s balance of trade deficit by between $132.5 million and $271.7 million per annum.

According to the SAC, “a regional sugar industry supplying the needs of industrial users of sugar in the region makes sense– both to reduce import costs, support CARICOM industries, and provide long-term consistent pricing, beneficial to both buyer and seller.”

In April 2019, the Caribbean Development Bank (CDB) funded a study to determine whether locally produced plantation white would be suitable for regional manufacturing. The findings, which were reported at a sugar stakeholders’ meeting in Belize in October, revealed that soft drink makers Coca-Cola, PepsiCo and Nestlé have been using plantation white sugar in manufacturing for some time and that this sugar could be used in manufacturing once production facilities make changes to processes, meeting requirements for colour and other impurities. This was a huge victory for the SAC.

“We import two-thirds of the estimated 320,000 tonnes of the refined sugar consumed annually within CARICOM,” said Daniel Best, CDB’s Director of Special Projects. “If plantation white can be substituted for refined white sugar, regional producers can capture a larger share of the sugar market and the region can save considerable foreign exchange.”

These findings have opened a market for 160,000 tonnes per annum of plantation white sugar and cut extra-regional imports of refined sugar, of about 200,000 tonnes per year.

Another hurdle that the sector will need to overcome is the high production cost of plantation white sugar, causing foreign sugar imports to be a more cost effective option. Producers have agreed to meet to discuss issues pertaining to the supply and price of the product.

Over the past two years, Guyana has closed three sugar estates and sent home approximately 4,000 workers, but in the wake of October’s sugar stakeholder meetings, it initiated plans to begin producing plantation white and Jamaica’s Minister of Agriculture, the Honourable Audley Shaw, has recognized that the sector needs a revamp and more needs to be done. It is expected that these markets will soon begin producing liquid sugar for use in beverage factories.

In Barbados, Minister of Agriculture and Food Security, the Honourable Indar Weir has been working on putting over 100 acres of Barbados Agricultural Management Company (BAMC) land back into sugar production with special emphasis on drought-resistant strains of sugar cane.

“I fully support the capacity building efforts that are designed to transition the sugar industry to a full value chain development (VCD) project,” said Minister Weir. “This will provide us with new revenue streams along the full value chain so that all Barbadians can own shares in a new profitable entity that will give farmers, manufacturers and retailers new hope for empowerment and enfranchisement.”

As the leading regional producer of plantation refined white sugar, with more than 99% market share, the prospects for Belizean sugar look good. The Government of Belize continues to play a major role in regional discussions to secure a CARICOM market for Caribbean sugar products.

In the Caribbean, the failure of a sector that employs over 40,000 and indirectly supports up to 400,000 persons would be tragic. In order to avoid this devastating outcome the interests of all stakeholders from sugar to manufacturing as well as the needs of the end user, both from a price and quality perspective need to be taken into account, while focusing on innovation and opportunities such as the generation of alternative energy (17% of Belize’s energy requirements are supplied by sugar mills) and the development of new products.

The 8 best castles in Scotland
The great unrest: How 2020 changed the economy in ways we can’t understand yet
The Idle Rocks Is Cornwall’s Best-Kept Culinary Secret
They came for a beach holiday. Now they’re trapped in China’s latest Covid lockdown
Tech Stocks Are Leading Markets Higher Again, But Analysts Split On Whether Rebound Will Continue