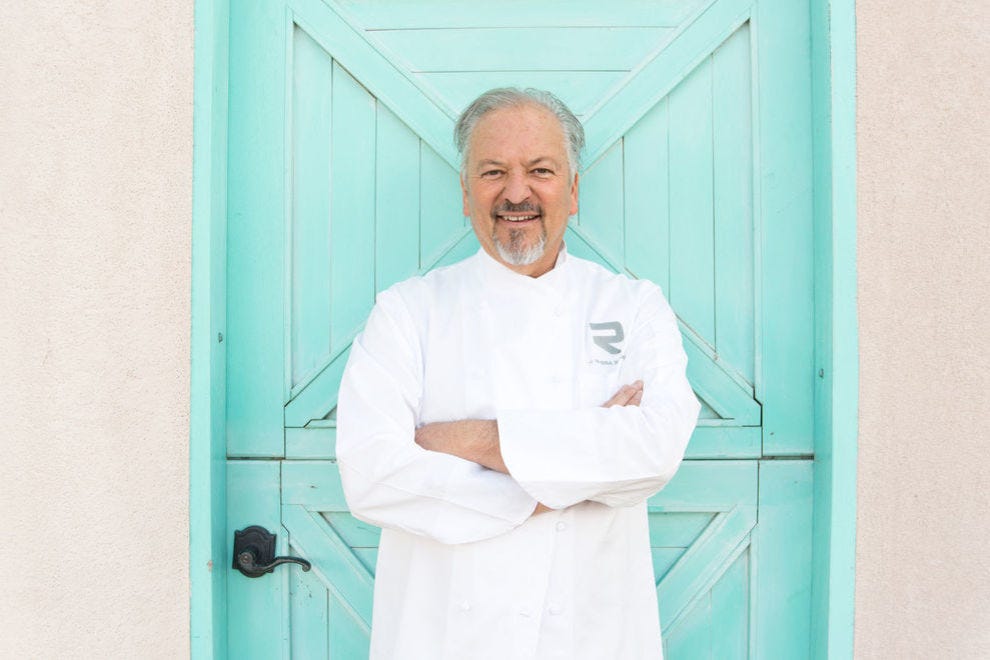 Sedlar, a multi-time semifinalist for the James Beard Awards’ Best Chefs in America, achieved acclaim for his Latin American restaurants Rivera and Playa in Los Angeles, but returned to his hometown of Santa Fe to open Eloisa a few years ago. Now culinary director and chef at Eloisa – named after his grandmother – he explores the foundations of the Santa Fe kitchen.

These ingredients hail from three cultures (Native American, Spanish and Anglo) and fuse many others. He serves tamales with corn grown on New Mexico’s Native American pueblos, dishes up Moorish roasted eggplant inspired by the state’s Spanish colonial period and picks up influences carried along the Santa Fe Trail by Anglo settlers, including German sausage.

“In Santa Fe, green chile is king and red chile is queen – and both can be enjoyed in every meal,” Sedlar says. But, there’s more to Santa Fe cuisine than its chile. “Fusion is the vocabulary of all American kitchens today, but Santa Fe has always been like that.” When he’s off the clock, Seldar looks for restaurants combining casual, friendly and elegant atmospheres. Here’s where he finds it. 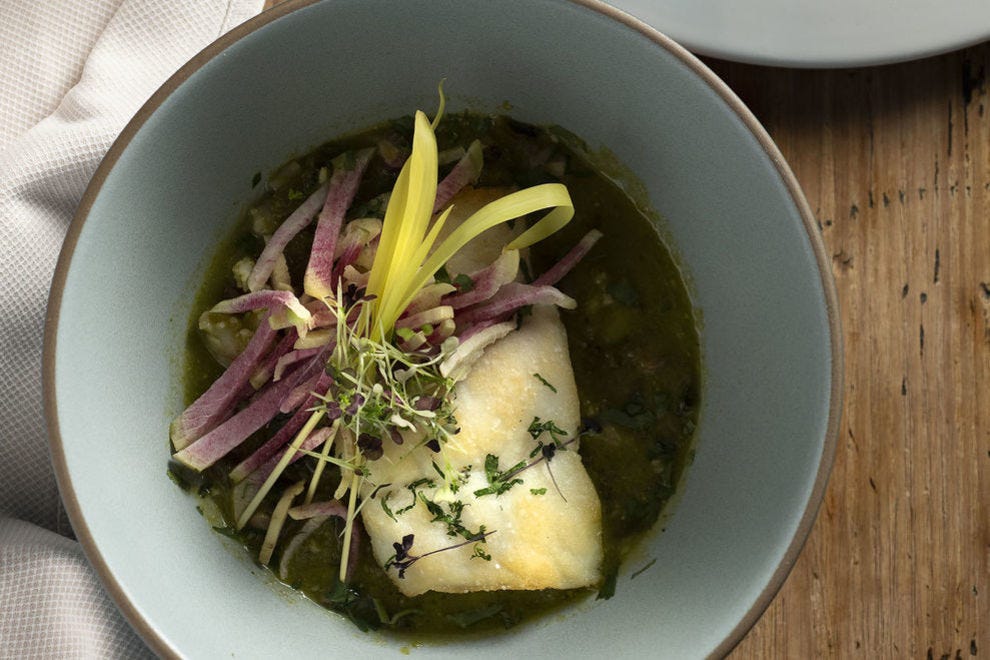 Housed in the elegant Rosewood Inn of the Anasazi, just off the Santa Fe Plaza, the Anasazi Restaurant is grounded in classic New Mexican ingredients. “The lexicon of the Southwest kitchen is very small: beans, chile, squash, herbs, meat. Everything’s a variation of those,” Sedlar says.

Sedlar is drawn to chefs wielding this limited pantry in innovative ways, like Chef Peter O’Brien. A recent O’Brien creation featured fermented beans, which Sedlar says felt traditionally Mexican and Asian. “It had the spirit of New Mexico, but in a sexy, jazzy way,” Sedlar says. 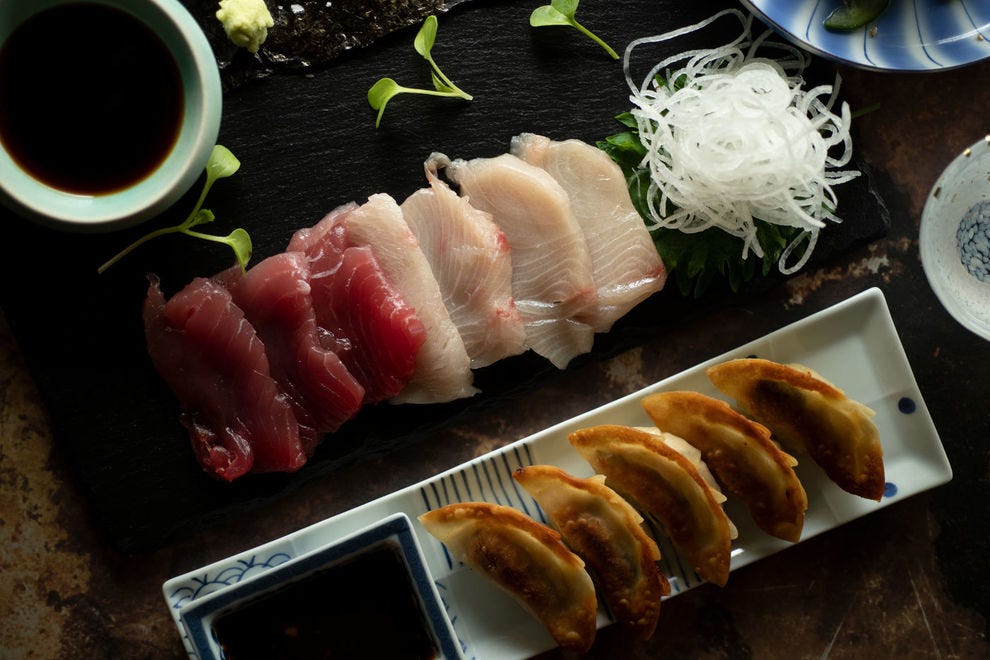 Izanami is part of Ten Thousand Waves, a Japanese-inspired mountain hot spring resort. The restaurant shares that vision with izakaya dining, where Japanese small plates are served slowly over the course of the meal. Sedlar says the experiential dining starts with the drive, as diners follow a twisting mountain road through piñon trees to the restaurant. Diners then climb a staircase and pass a stone fountain.

“Every sense has been stimulated and now you’re ready to eat. It’s a place where you want to take your time, enjoying sake; salty, sweet pork ribs; crystal clear broths of seaweed and pickled vegetables. It’s quite extraordinary – and very Santa Fe,” Sedlar says. 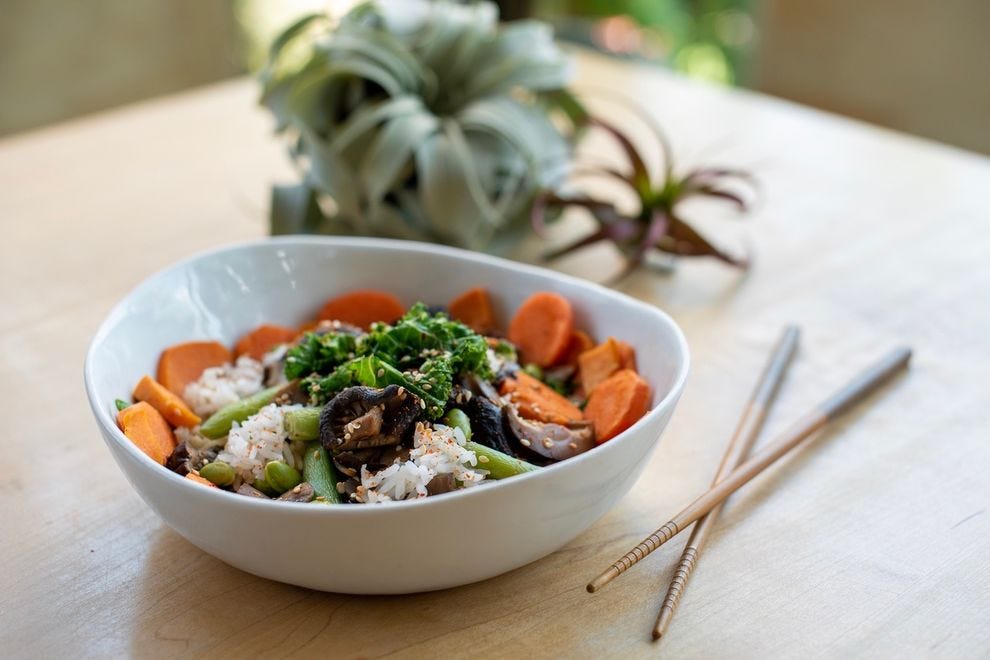 A beacon to Santa Fe’s young professionals, the airy Opuntia Café attracts a laptop-laden set who work and dine amid a fleet of succulents. Sedlar recommends the bowls, which combine proteins, ancient grains and vegetables in various iterations. “It seems to me how millennials are eating today. Bowls reflect the extreme interest in street food-eating and ethnic dishes,” he says. 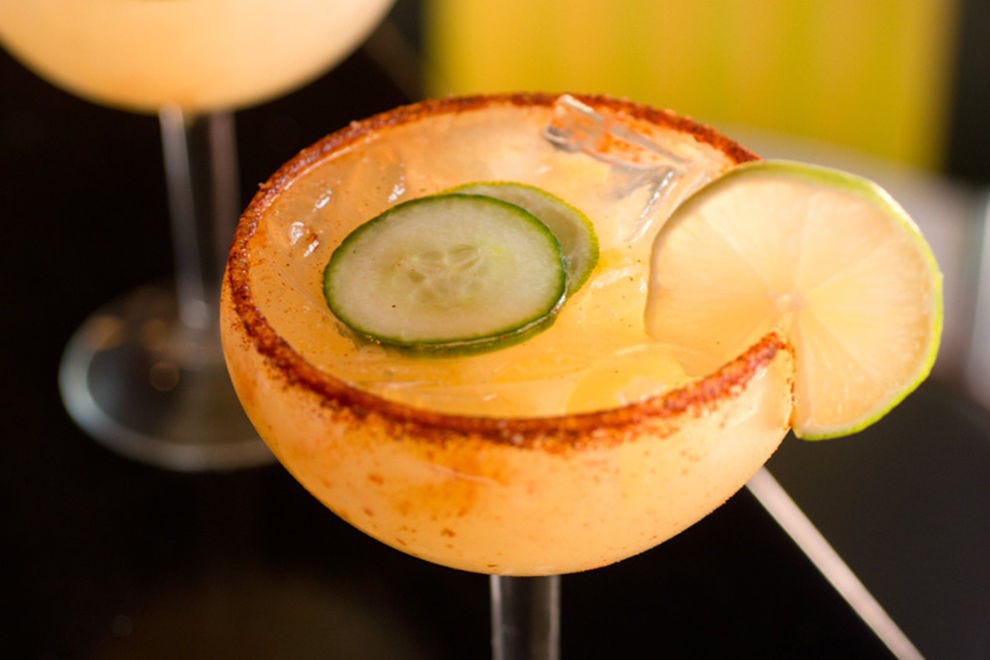 At Plaza Cafe Southside, even the margaritas have a touch of chile — Photo courtesy of Douglas Merriam

The original Plaza Café has been a Santa Fe institution since its 1905 founding. Its sister restaurant, Plaza Café Southside, carries on the family restaurant’s traditions of serving the best red chile in town – at least according to Sedlar.

Sedlar’s favorite dish here is a seasonal one; it’s served only during Lent, when Northern New Mexico’s Catholicism dictates setting aside meat. Instead, he orders the torta de huevo, in which whipped egg whites are poached in piquant red chile sauce. His choice dessert of natillas (a Spanish custard dish made with milk and eggs) is available any time. 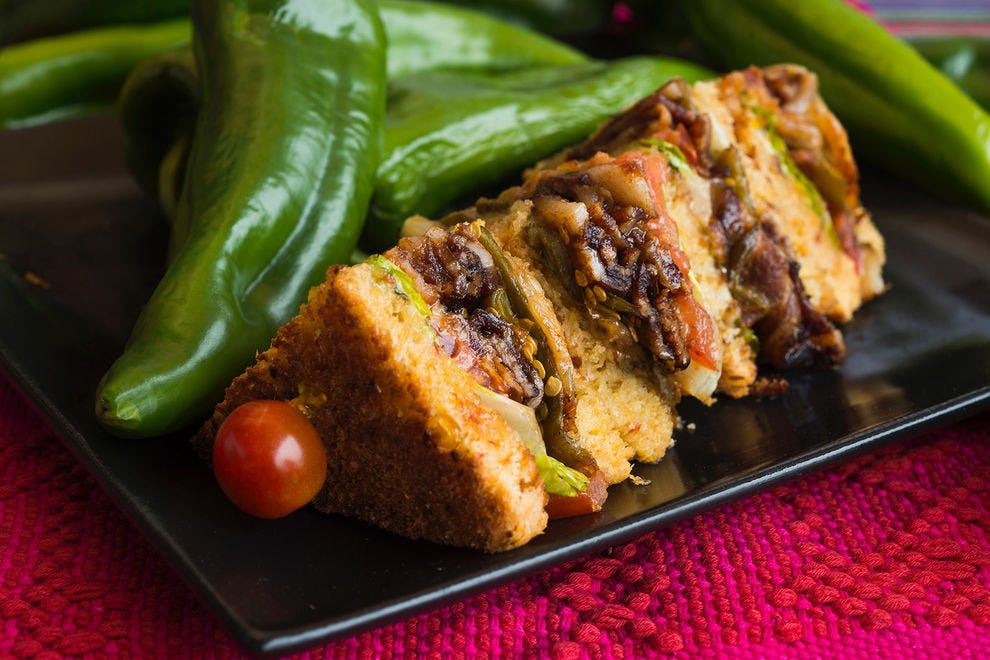 Café Pasqual’s is a Santa Fe icon – both for its food and fiesta-like atmosphere. The forty-year-old restaurant served local, organic ingredients long before it was in style to do so. The wide-ranging menu has New Mexican, Mexican and Asian dishes. “It has delicious food across the board,” Sedlar says.

He loves the traditional red and green chiles of New Mexico, but the chef opts for a different variety here: He orders the Jimmy Nardello’s peppers, a mild, fruity, fleshy, sweet pepper that the restaurant serves fried and salted. 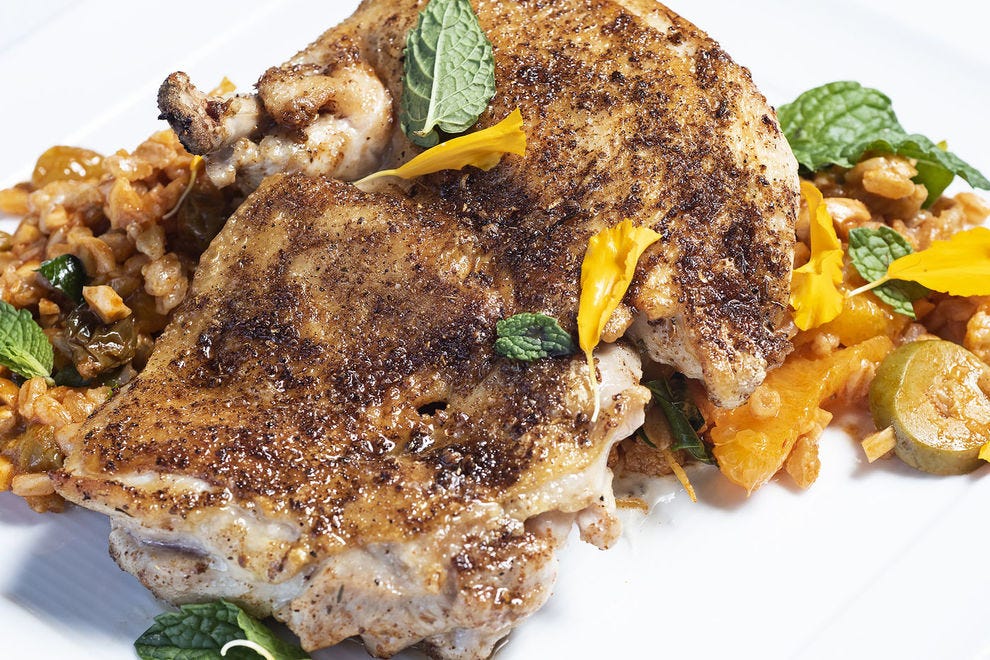 Devoted to fresh, seasonal ingredients – including from its own on-site garden – Arroyo Vino is a modern American bistro. “I eat all day and night in Santa Fe,” Sedlar says. “Sometimes I like to have a wonderful dinner with the white-linen-tablecloth treatment.”

At Arroyo Vino, the dishes, like chicken-liver pate and handmade pasta, pair with selections from the deep wine list. 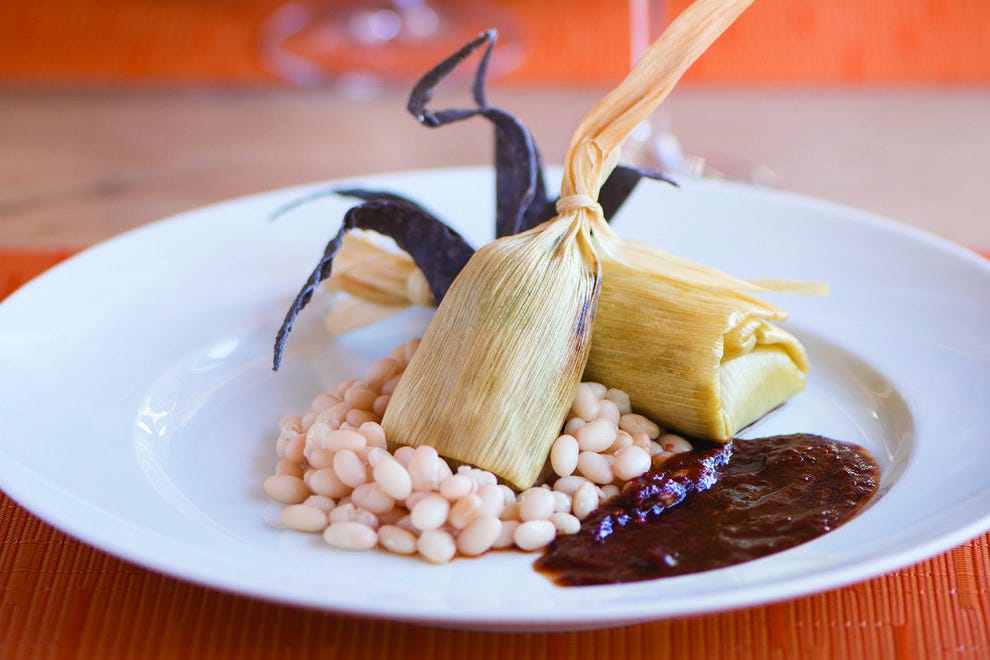 “Twenty-five years ago, Rocky Durham made a tamale that burned an indelible memory in my taste sensors. I ordered that tamale, and I’ve never been the same again,” Sedlar says. These days,

Durham is making tamales and a host of other dishes at Blue Heron, the restaurant of Sunrise Springs spa resort. Durham draws upon classic New Mexican ingredients for his signature tamale at Blue Heron, which uses corn, beans, and squash. 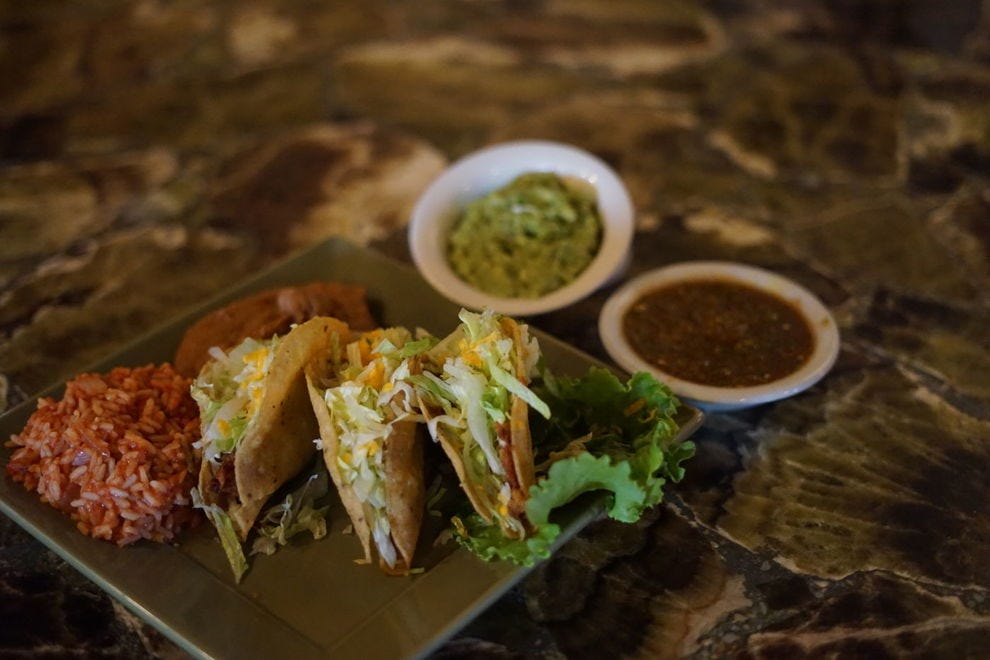 “I’ve been invited all over the world to cook and to eat. When chefs are done cooking dinner, we go out and eat tacos,” Sedlar says. His go-to taco joint is El Parasol.

Two brothers, then still in middle school, began the restaurant in 1958 selling their mother’s tacos under a patio umbrella on the main street of Española, just north of Santa Fe. Today, the restaurant has six locations.

Although Sedlar recommends visiting the original in Española, there are also two stands in Santa Fe. “Tacos have surpassed the hamburger as the most popular dish in America,” Sedlar says. “They’re hand-held and satisfying.” 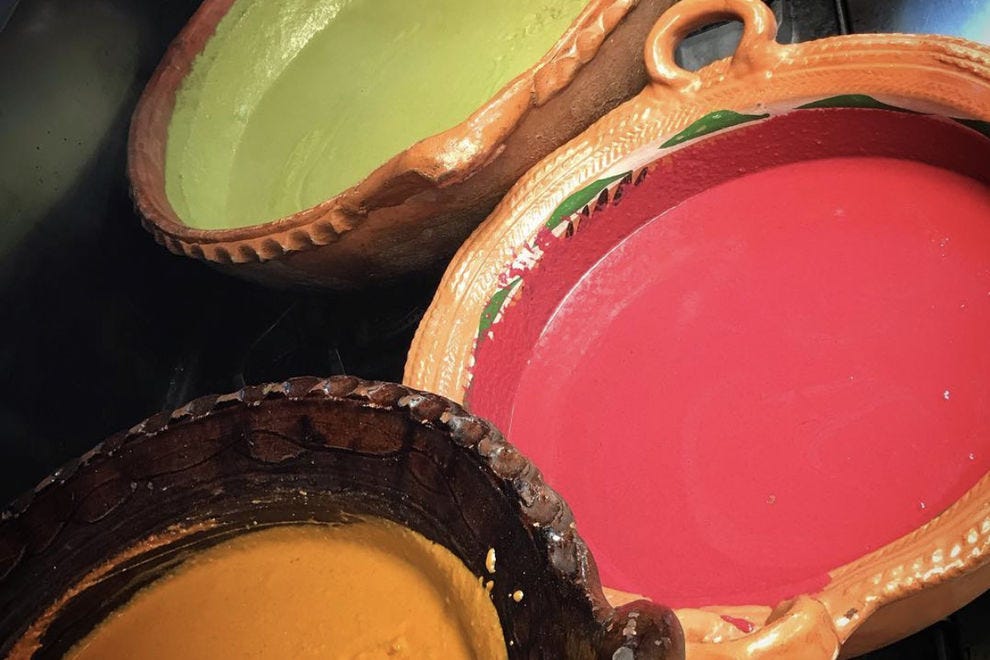 Originally from Mexico City, chef Fernando Olea is a “master of mole.”

“You can literally eat them with a spoon,” Sedlar says. Olea fills out Sazón’s menu with contemporary and traditional Mexican dishes, but the molé is a must.

The restaurant is known for pairing this refined sauce with drinks, just like wine pairings at other restaurants. At Sazón, however, Olea reaches for compadres of bacanora, sotol, and mezcal instead. “Those beverages grab you by the throat and go straight toward your soul,” Sedlar says.

Editor’s note: At the time of publication, Sazón is temporarily closed for renovations. Call or check the restaurant website before going to confirm they’re open. 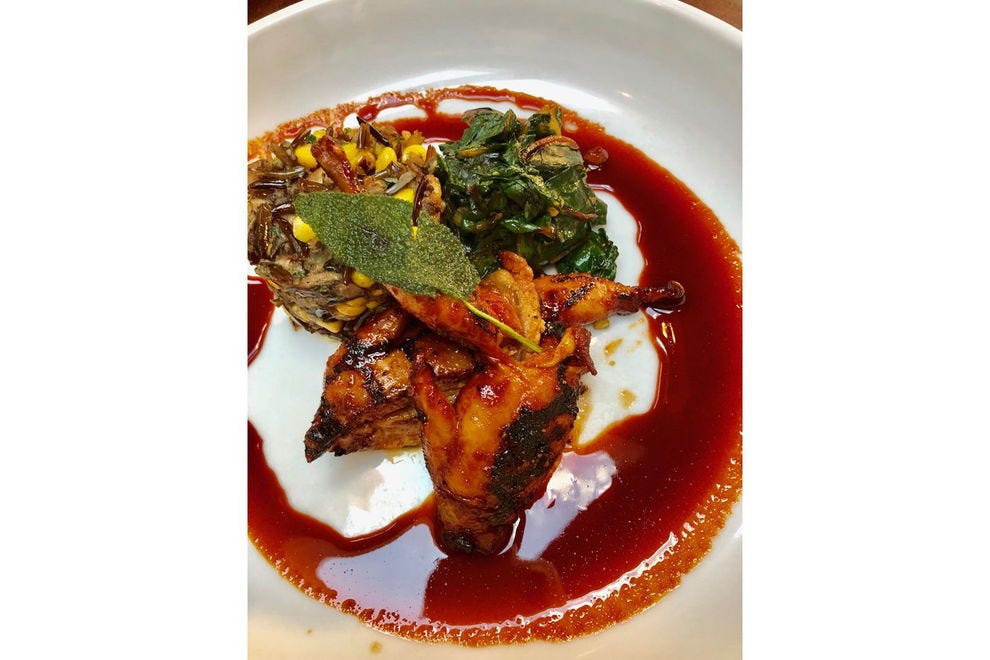 Britain’s best indoor snow centres and dry ski slopes
The coworkers who fell in love when they shared a hotel room
The 6 best neighborhoods in Indianapolis: a guide on where to find art, sports, Black culture and more
These eco-friendly futuristic floating homes are currently under construction
The surprising hobby that’s drawing 70-year-olds to the beach