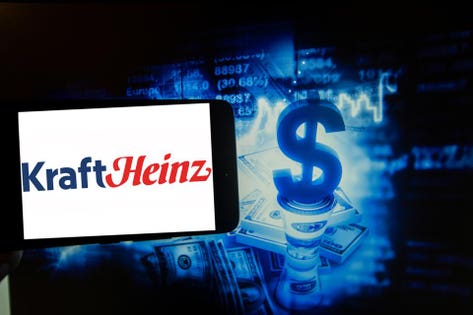 “While our third-quarter results remained below our potential, we showed sequential improvement versus the first half, and I believe we are beginning to operate the business better,” recently appointed CEO Miguel Patricio said in a statement.

“We are making good progress in identifying and addressing the root causes of past performance, as well as setting our strategic direction.”

Kraft Heinz has experienced a rough year so far as it wrote down value of its major brands including Kraft and Oscar Mayer this February, followed by a nearly 25% share price drop.

However, Patricio has identified several growth areas during the latest period, saying “in ketchup, specifically, we are getting great traction around the world behind our Heinz 150th anniversary.

“Brazil is growing double digits in both retail and foodservice channels, and we are seeing solid growth of 14% in our China soy sauce business.”

But the business is still “far from” where it should be, he noted, saying “our performance remains uneven across categories and geographies. This includes ongoing share and distribution losses within our natural cheese, cold cuts and coffee business in the US, lower-than-anticipated promotional lifts in Canada, ongoing infant nutrition declines in both EMEA and China, as well as increasing supply chain costs in our rest of the world segment”.

“Around our innovation efforts, we are revamping our product development process so we can be faster and more consumer-centric with our new products,” he added.

“Although Patricio has yet to formally divulge his strategic roadmap for the business, we surmise that change is already underway,” she recently wrote in a note. “We see little to warrant altering our $50 fair value estimate or long-term outlook — calling for 2-3% annual organic sales growth long and operating margins remaining in the low-20s throughout our 10-year explicit forecast.”

Lash added: “Although shares soared at a low-double-digit clip following the print, we still think the stock offers additional upside over a longer horizon.

“However, we don’t expect near-term catalysts to materially narrow the gap relative to our assessment of Kraft Heinz’s intrinsic value and suggest investors employ patience with the no-moat name.”

President of Minnesota-based Gradient Investments Michael Binger recently told CNBC’s ‘Trading Nation’ that Patricio has “put some stabilization” into the company, but “when we look at it, we’re not buyers here just yet”.

That is mainly because of Kraft Heinz’s significant year-to-date value drop coupled with its ratings cut, dividend cut and declining profitability.

Binger said: “As it stands right now, we would stay away and we would be inclined to take profits if you did hold it at this point right now, and just wait until next year and see how this thing plays out a little further.”

The great unrest: How 2020 changed the economy in ways we can’t understand yet
The 20 Mediterranean islands you must visit in your lifetime
Capital picks: 12 best things to do in Washington, DC
Post-Brexit travel to the EU is about to become very different
This hotel brand will pay for its staff’s tattoos