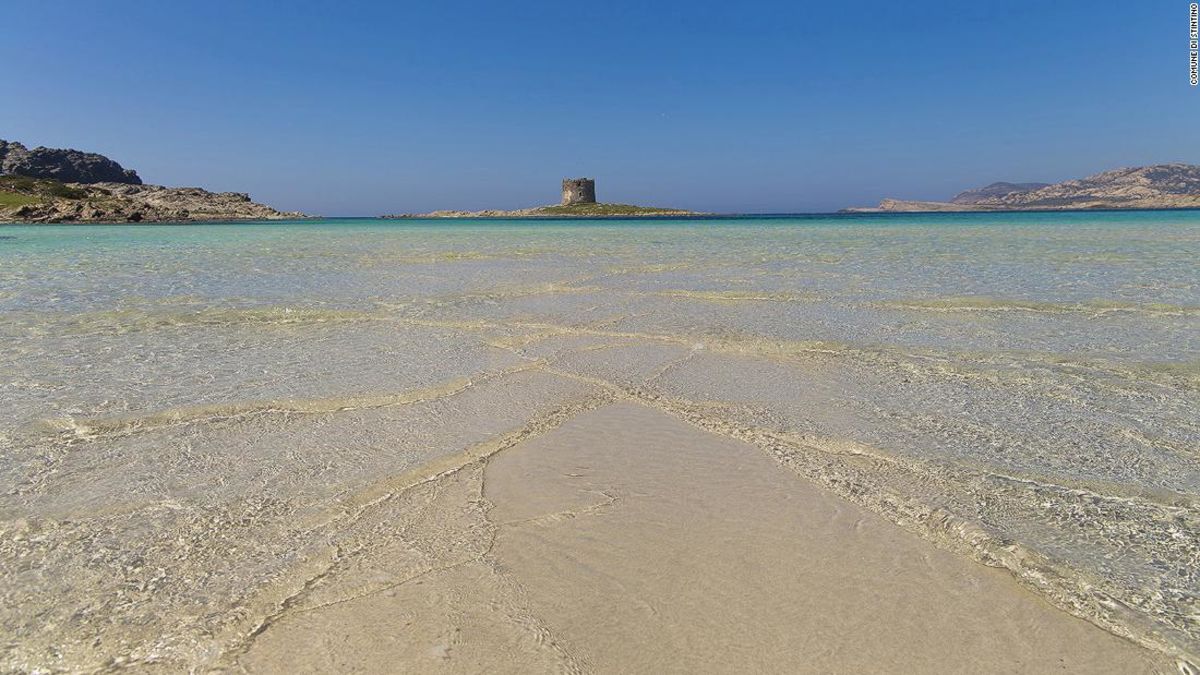 (CNN) — Its perfect white sand, turquoise waters, and eminently photographable surroundings, with an ancient stone tower on a tiny island just offshore, have made La Pelosa on Sardinia one of the most famous beaches in the world.

But this week, in a bid to preserve the beach, authorities have announced a cap on visitor numbers and a ticketing system.

The council of Stintino, the nearest town, on the far northwest tip of the island, has agreed to limit numbers during the summer season to 1,500 adults every day. Children will not be counted.

Mayor Antonio Diana, who announced the move, told CNN that recently during the summer, there can be as many as 6,000 people on the beach per day.

“We’re limiting numbers because the burden is too much,” he said. “We need to safeguard it so that we can guarantee its life for the next 500 years.

“This is the most popular beach on Sardinia — everyone wants to come here. But it’s a very precarious geological equilibrium, so we’re doing this work to guarantee its future.

Before taking the decision, the council commissioned studies to determine how many visitors the beach could take without being damaged.

The authorities have not yet confirmed how the tickets will be assigned — they are looking into the possibility of an app, said the mayor. “We don’t know how much the ticket will cost, but we think it’ll be around 4 euros [$4.40] per day,” he told CNN.

“We have a slogan: ‘La Pelosa una volta ma per tutti,’ for everyone but one time only. You can’t go seven out of seven days on your holiday, for example; maybe you could go two or three in seven.”

The move has been announced as an “experimental project,” but Diana told CNN that it was going to be longterm.

“It’s ‘experimental’ because we need to work out the details but it’s a project that needs to last for years,” he said.

The Stintino authorities have been leading the way in sustainability for Sardinia’s crowded beaches for 12 years, he said.

They have already roped off the delicate dunes that people used to walk over. A ban on smoking and vendors on La Pelosa two years ago has since been replicated on other beaches on the island.

The authorities are also demolishing a road built in the 1950s that went across the dunes, and getting rid of private gardens in the dunes. “We are reappropriating the land, taking away the road, and making new access points,” he said, adding that the work should start before 2020.

He said the ticket price is more of a “reimbursement” for the public money spent on maintaining the beach and its safety. It will be introduced at the start of the season next year.

Sardinia’s beaches are known as some of the finest in the world — but that means they are struggling with overtourism. People taking sand from the beach as a memento has led to a ban on removing any sand from the coastline.

I spent 7 days riding my bike 468 miles across Iowa with a pack of 18,000: here’s how I did it
10 underrated beach holidays to rival Greece – for a fraction of the price
The 8 best castles in Scotland
The great unrest: How 2020 changed the economy in ways we can’t understand yet
‘Great Things Are Coming’: Colombian Cocoa Farmers’ Rugged Winding Road To Upend The Unequal Food System And Their Hope For Prosperity