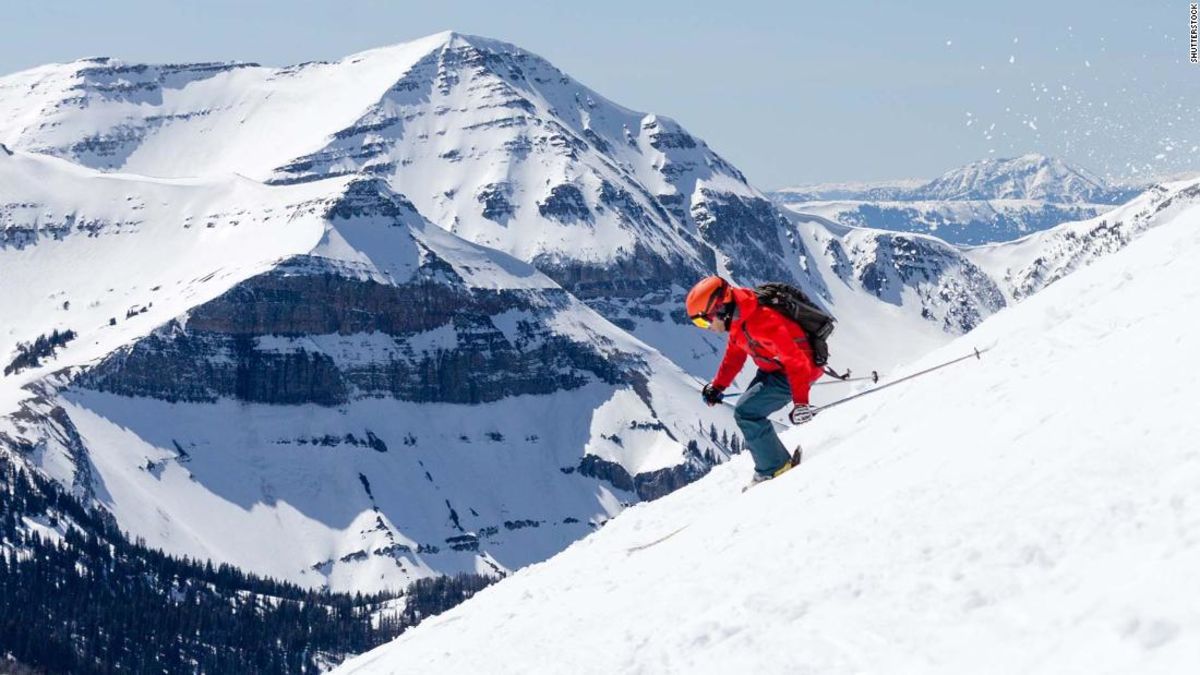 Zermatt has joined the two-year-old Ikon ski pass, making it the first European ski destination on the pass.

The Ikon pass — along with competitors Epic and Mountain Collective — gives access to ski and snowboard resort destinations all over the world for one set price for the season.

Purchase one of the passes and use it in place of the standard lift ticket for skiing and riding in premier resorts in North America, South America, Japan, Europe, Canada and Australia.

The Epic Pass, which has been around a lot longer than Ikon, counts three European locations among its destinations. (No resorts are on both the Ikon and the Epic).
Mountain Collective is another pass giving skiers access to some of the world’s most coveted resorts — albeit for two consecutive day stretches only.

If that sounds complicated, just wait: In addition to the base passes for both Ikon and Epic, there are a range of other options.

The Ikon base pass, for example, costs $799 and has 10 blackout dates, whereas the standard, for about $300 more, has no blackout dates.

Epic has too many passes to list here, but choices involve options around regional passes, specialty and multi-day passes ranging from 7-day all access passes ($775) to a 4-day Park City Pass ($379).

Zermatt, Switzerland joined the Ikon pass for the 2019/20 ski season.

In the ski pass game — and, yes, it is a game of sorts — it’s not so much which pass is better. They all offer pretty similar deals across similar price points when it comes down to it. It’s really about which pass is right for you.

Where do you want to ski or ride? How many days on the slopes will you average? How much are you committing to a winter on the mountain? Will you ski from late November when most resorts officially open for the season until May or even June when a handful of spots continue serving skiers and riders?

Avid skier Tim Pham, founder of SnowPals.org, a San Francisco Bay Area based snow-sports club for busy professionals, opted for the Mountain Collective this year based on how often he thinks he can hit the slopes.

Pham figures he can get to Lake Tahoe about half a dozen times this year but is hoping to make it to Utah, Colorado and British Columbia as well. He estimates these trips will total 14 to 16 full days on the slopes. If you do the math on lift tickets per day as opposed to the Mountain Collective pass at $509, it’s well worth the cost.

To put the cost in context, a single-day lift ticket at Vail, Colorado on December 23 is $169 and that’s if you buy online in advance. You’ll cough up $40 more if you purchase upon arrival in Vail.

Skiers and snowboarders with easy access to Mountain Collective resorts — which are mostly in the US and Canada — can break even pretty quickly. But if you find the MC destinations tempting and have a lot of ski days to work with, you might want to consider the Ikon. The standard pass is more than double Mountain Collective’s, but it comes with perks such as up to seven days at the 41 select destinations–including Aspen Snowmass in Colorado and Mont-Tremblant in Quebec, Canada.

Mountain Collective and Ikon share a lot of the same resorts. (This too is slightly complicated, but suffice it to say the synergy between the passes exists because the Ikon Pass is the result of a collaboration of industry leaders.)

At this point, it may seem as though every ski destination is on at least one of the main global passes. While that’s not accurate, for most skiers and riders, there are more than enough cool, far-flung and challenging destinations across the passes to make for a powder-filled winter — and spring and fall too, weather and snow conditions pending.

This past year, Ikon offered a special renewal rate to previous pass holders. Plus, purchase a pass in the spring when they go on sale, ostensibly for the next winter season, and you can even bank a couple of mountain days in the current season, weather and mountain conditions pending.

The passes also offer lodging discounts and friends and family discounted lift tickets. There are even some dining perks, but you’ll want to check each individual website for specific info.

Big Sky in Montana is a part of the Ikon and Mountain Collective passes. With Ikon, you get up to seven days at Big Sky; with MC, just two.

Kristin Rust, Ikon’s director of communications, admits that adding Zermatt to the roster is “super sexy,” noting that while Ikon has no set number of resorts it’s trying to add to the pass each year, the focus is on Europe right now.

This seems only logical, considering Ikon’s prominent presence in Colorado (road trip, anyone) and eastern US including destinations in Vermont and Maine. Rust says the Ikon pass is about aspiration. Zermatt, like Big Sky, Montana and Jackson Hole, Wyoming are widely considered aspirational destinations with incredible terrain.

At a recent Ikon event held in New York City, guests were asked which ski resort was their dream destination. Nine out of 10 people I met had selected Big Sky. “Many skiers have had Big Sky on their bucket list for years and the Ikon Pass is their tool for checking that box,” confirms Taylor Middleton, Big Sky Resort President & Chief Operating Officer.

Middleton adds that they are stoked for the upcoming ski season. With 51 inches of snow and counting in Montana already, Big Sky is primed to have a strong ski season.

Big Sky is pleased with how joining a multi-resort pass program such as the Ikon Pass has “helped showcase our incredible mountain and the Big Sky community to new guests,” says Middleton who views the ski pass programs as being “another piece in the long-term strategy to position Big Sky into the league of the country’s best resorts.”

Telluride’s participation on the Epic pass has helped the community and brought more people to this remote part of Colorado.

Bill Jensen, CEO and Partner of Telluride Ski Resort expresses a similar sentiment, though Telluride in a remote area of Colorado is a part of Epic, owned by Vail Resorts.

Jensen believes Telluride’s participation in Epic has been advantageous to the Telluride community. The community, he says, benefited from an increase in destination skier traffic in the 2018-2019 ski season.

“Average Telluride EPIC visitation in the 18/19 ski season was 350 skiers per day and those EPIC pass holders on average skied and stayed in the community for five days,” he says.

Jensen calls the Epic Pass “a game changer in the ski industry” one that “revolutionized the way resorts approached season passes, shifting the mindset from a ‘locals-only’ option to a convenient and more affordable option for all guests.”

To be sure, skiing and snowboarding are still expensive hobbies with the price of entry — with or without a ski pass — simply out of reach for many.

But for the enthusiastic skier who does some quick math and strategic planning, the savings can be significant and the adventure factor enormous. Take Park City, Utah, for example. A 4-day lift ticket purchased online in mid-January costs $568, but remember the 4-day Park City Epic Pass cost $379 — nearly $200 less. The more you ski with a pass, the better the value.

Says Rust when asked who she thinks should get the Ikon pass: “Anyone who knows they’re going to commit to winter, who is going to get out there and try new things.”

The same could be said of both Epic and Mountain Collective, of course, and as far as decision making goes, this may be one of the more fun ones.

If there’s a competition among the passes, it’s a decidedly friendly one. Jensen views the pass options as representing “significant choice for skiers and snowboarders” ultimately “benefiting the sport, ski resorts and mountain communities.”

10 unmissable experiences in South Korea, from cherry blossoms to bar hopping
Please do disturb – why this country with no private paths is a hiker’s paradise
These eco-friendly futuristic floating homes are currently under construction
After Taking A Hit During The Pandemic, Restaurants’ Breakfast Business Is Coming Back ‘With Velocity’
Looking for an offbeat European holiday? This island has its own rules, language and vodka