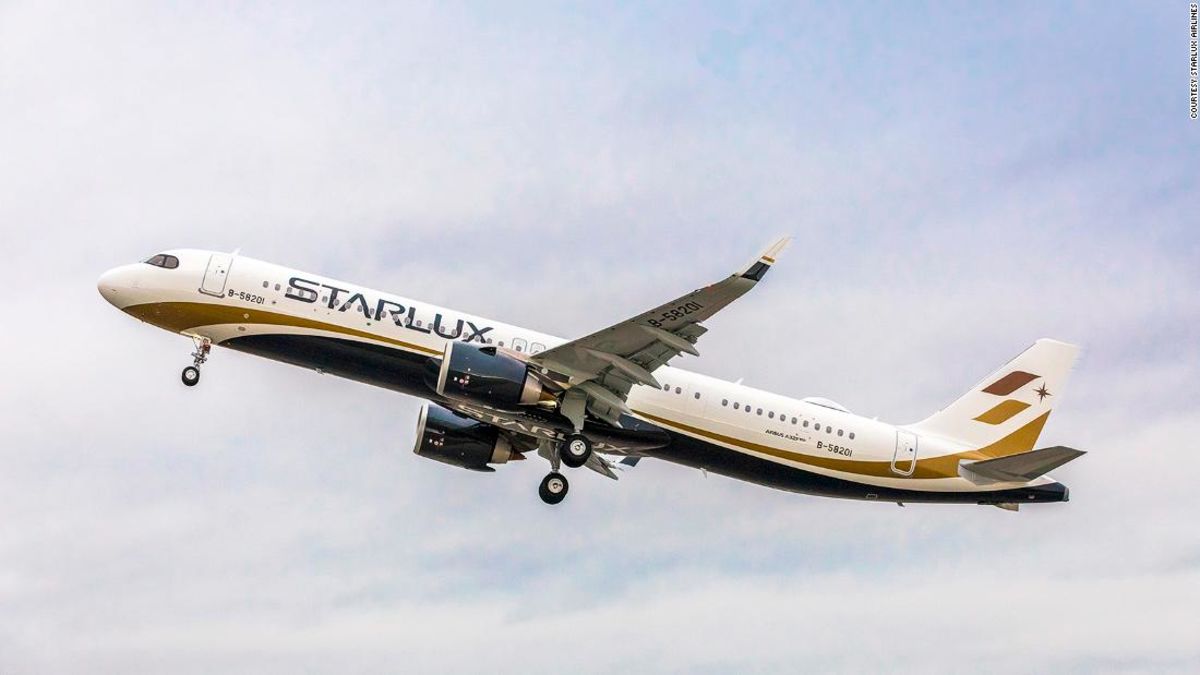 (CNN) — Debuting its first flights in January 2020, Taiwanese start-up Starlux Airlines could be the first new player in 30 years to upend the island’s duopoly aviation market.

Dubbed Taiwan’s first luxury boutique airline, it received its first aircraft in October and announced it will initially focus on Southeast Asia, starting with three routes: Taipei-Macau, Taipei-Penang and Taipei-Danang.

But both aviation watchers and the general public are abuzz for another reason: A succession drama involving Starlux founder Chang Kuo-wei that’s so juicy he’s being referred to as the aviation industry’s “prince Hamlet” by local media.

This Shakepearean tale took root in 2016, when Chang Yung-fa, founder of Taiwan’s Evergreen Group and airline EVA Airways, passed away at the age of 88, sparking a battle over who would take over one of the island’s biggest family-run conglomerates.

Chang, 49, who had been the chairman of EVA since 2013, revealed that his late father had named him the successor of parent company Evergreen in his will.

A well-loved figure in the aviation industry, known for his outspokenness and expertise, the son had experience working for EVA Airways as both an aircraft technician and a pilot.

But being the youngest son and the only child of Chang Yung-fa’s second wife, Chang Kuo-wei’s promotion ignited a family feud. He was soon ousted from EVA as chairman at a board meeting called by fellow family members.

A few months later, he announced that he was going to launch his own airline — Starlux Airlines.

“He doesn’t think that he’s ‘Hamlet'”

Local media have called it a Hamlet-like retaliation plan.

The anticipation of the new airline’s launch has grown as both EVA Airways and China Airlines, Taiwan’s two main airlines, have been plagued by strikes and internal conflicts.

But according to the team at Starlux, Chang isn’t out for retribution.

“He doesn’t think that he is ‘Hamlet’,” K.W. Nieh, Starlux’s chief communication officer, tells CNN Travel. “This has nothing to do with revenge.”

“Because of his passion for aviation, Chang merely wants to build an ideal airline that reflects his style after breaking from the shackles of Evergreen Group. He is building Starlux to fulfill the expectations of his late father.”

CNN Travel has reached out to EVA Air for comment.

Whether or not Taipei-based Starlux can outdo the other major players on the island remains to be seen, but it’s certainly upped Taiwan’s aviation game.

The airline is introducing a new generation of passenger aircraft, including the A321neo and A350-1000, “both debuting for the first time in Taiwan,” says Nieh.

Indeed, Starlux is the first Taiwanese airline to be equipped with A321neos — all 10 of them will be delivered by the end of 2021. Starlux signed Taiwan’s largest single Airbus purchase agreement, purchasing 17 A350XWB aircraft in March 2019.

The interior of the narrow body cabin, designed by BMW’s Designworks studio, is fitted with sleek seats, leather headrests and inflight entertainment systems across all classes.

Free Wi-Fi with basic access (texting only for economy passengers) will be offered for both classes on all Starlux flights — also a first in Taiwan.

Local touches abound as well. A unique cabin scent — with notes of woods, leather and florals — has been created by Taiwan-grown fragrance brand P.Seven. The airline’s crew uniform, which bears themes of retro-futuristic travel in the 40s and 50s, is the product of local designer Sean Yin.

No fare war: Starlux will charge more than competitors

Positioning as a boutique airline, Starlux aims to capture the higher-end market.

Aspiring to be the Emirates of Asia, Starlux vows to provide premium service, too.

At a recent press event, Chang said Starlux Airlines will not start a fare war. Instead, its tickets will be reasonable but more expensive than its competitors.

“We consider flying as an enjoyable part of the journey,” adds Nieh. “We offer top-notch and exquisite services. It differentiates Starlux from other companies in the market.

“We position ourselves as a boutique airline, targeting the higher-end market. We have introduced the most advanced aircraft models with the latest aviation technology and seats. We offer exquisite service items so the fare will be slightly higher than the other airlines.”

According to aviation expert CK Law, senior adviser of the Department of Aviation Policy at the Chinese University of Hong Kong, this unique positioning is a clever move for Starlux.

“Many new airlines have been tapping into the low-cost sector in the market, particularly in this part of the world,” says Law.

“That’s definitely the major trend. There should be reasonable demand for the high-end passenger segment of the market.”

But he expects the new airline will still have an impact on airfares in the long run.

“From the passengers’ point of view, there will be new and substantial benefits for them to have new choices and possible new fare reductions in the longer term. There’ll be competition for better services on the plane,” says Law.

Both EVA Airways and China Airlines, the two major airlines of Taiwan, have been affected by strikes in 2019.

Taiwan has been enjoying healthy passenger growth numbers as well as flights in recent years.

Boeing has estimated that Taiwan’s aviation demand will be stronger than the Northeast Asia region’s annual average — 2% over the next two decades — as a whole.

But is there enough space to accommodate another major airline?

“A new full-service airline would definitely introduce a lot of new competition to a traditional aviation market like Taiwan,” says Law.

“Whether the new airline or even the existing airlines can survive because of this will mainly depend on how fast the market will grow and whether the new demand could absorb or balance with the new supply capacity.

“Otherwise, that could be a cut-throat competition and there could be casualties.”

One of the biggest questions is: Can a newcomer carve a spot for itself in the long-haul and transit markets, the two markets Starlux plans to explore?

“I would expect a good, high load factor being achieved for the short haul tourism markets but the long haul destinations, which have [major competition in Taiwan,] would definitely be more challenging,” says Law.

“It won’t be easy for new airlines to join a reputable alliance, to start with. Without being a member of an alliance, it won’t be easy at all to get transit passengers. But it can be a long-term goal,” says Law.

Nieh, on the other hand, is confident.

“The development of Starlux doesn’t solely rely on the Taiwan market. Taipei has a superior geographical location — you can reach major Asian cities within five hours” he says.

“Located in a central position connecting North America, North Asia and Southeast Asia, Taiwan has the best foundation to develop as an aviation hub. By introducing and building its hardware and software, the aviation industry of Taiwan will hopefully become the transportation hub of Asia, strengthen its transit services and bring a large number of international passengers to Taiwan.”

Nieh points to a recent study by the Taiwan government’s National Audit Office, which claims only 10% of the island’s inbound travelers are transit passengers.

“Comparing to Hong Kong, Incheon, Shanghai and Tokyo, there is room for market development,” says Nieh. “We’re very certain about this part.”

Grabbing a slice of the market isn’t Starlux’s only worry.

“The aviation industry is a huge investment and a labor-intensive industry,” he adds. “It’s hard to make a profit. Founding an airline, thus, is a very arduous journey. Starlux has first-class talents who understand the unique nature of the industry. It helps avoid unnecessary investment, ensuring a steady and healthy growth for Starlux.

Mr. C Beverly Hills Is the Old-World European Escape You Need in Los Angeles
Why Glenmorangie Rebranded
The 8 best castles in Scotland
K2 just had its busiest climbing season ever
How to explore the lavender fields of France (and things to do when they’re not in bloom)