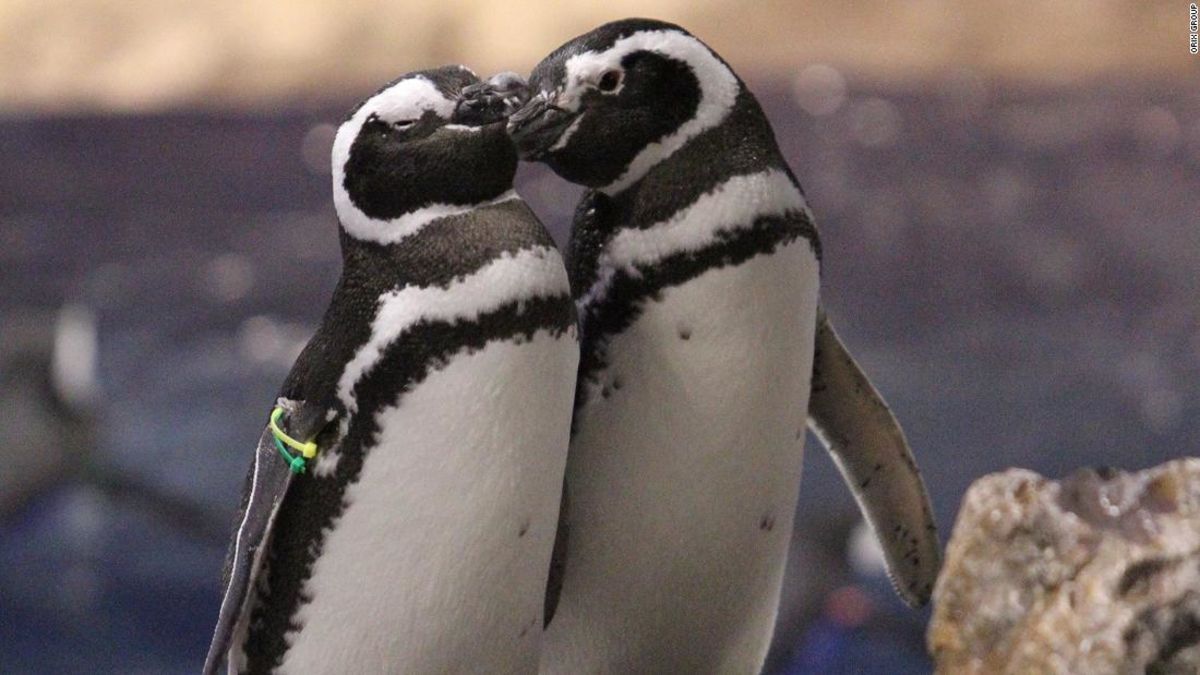 Travel
Share on Facebook
Share on Twitter
Share on Pinterest
Share on LinkedIn
(CNN) — Love triangles, incest and unrequited love. When it comes to relationships, the penguins at two leading aquariums in Japan offer more drama and scandal than a TV soap opera.
Such is the intrigue surrounding the sex lives of these black and white birds that, for the second year running, Kyoto Aquarium and Tokyo’s Sumida Aquarium, have released a chart detailing the tangled love lines among them.
“We’d like more people to know that penguins are like us humans; each of them has individuality and they live in various relationships,” Shoko Okuda, a spokeswoman of ORIX Group, which runs the aquariums, tells CNN Travel.

Both Tokyo Sumida Aquarium and Kyoto Aquarium have updated the penguins relationship chart for 2020.

Despite some of the unquestionably dark penguin personality traits on display, the latest relationship charts claim to be “cuter, with more happiness.” They do admit to being “even more complicated,” though.

How to understand the penguin relationship maps

The charts are packed with observations from the penguins’ caretakers. In this photo, the staff wrote down that Aburi shakes his head when he sees his caretaker Kojima, indicating happiness.

So what do they tell us? The maps identify five main types of relationship among penguins.

The charts include personality descriptions, in Japanese, of each penguin and plus some inside juice on the relationships.

“What is written in the maps is based on everyday observations from the staff taking care of the penguins,” says Okuda. “By observing carefully, they could tell which penguins are couples or which couples are broken up.”

According to the Kyoto Penguin Relationship Chart 2020, one penguin, for example, will sway his head left and right vigorously — a sign of affection — whenever he sees Kojima, one of the aquarium caretakers.

The color bars next to each of the penguins’ names are used for identification so visitors can tell who they are.

The most popular penguin in Kyoto Aquarium is…

Tera is the most popular girl is Kyoto Aquarium. The blue lines indicate the hearts she broke the last year.

She’s currently seeing Orre — who is a control freak, according to the map — but also has love interests with Same and Shijyou (who is married).

Another drama that’s grabbed the caretakers’ attention over the last two years is the relationship between father and son Kuruma and Nijou.

The two were (gasp!) romantically involved — marked as BL (Boys’ Love, or romance between boys) last year — before falling for the same female penguin Hana (more gasps!) this year.

The blue line in the middle shows the former romantic relationship between father and son penguins Kuruma and Nijou — who are now love rivals.

But the one relationship that is the most shocking for all the staff is the love between Grandpa Kama, the oldest penguin in the aquarium, and Saya, the granddaughter of Grandpa Kama’s sister.

In addition to the five types of relationships, Sumida Aquarium has also added a fish symbol for the penguins who are a fan of sardines — or “The Sardine Club” member.

Rose (in the left blue bubble) and Warabi (in the pink bubble on the right) are a star couple at the Sumida Aquarium.

Rozu (or Rose) was a pick-up artist and a penguinizer before meeting Warabi, formerly the most popular penguin in the aquarium.

After falling in love, the two are now in an exclusive relationship and “can’t bear to leave each other’s side for more than one second.”

The two Penguin Relationship Charts also reveal how the aquariums’ caretakers are unwittingly pulled into the penguins’ affairs of the heart.

Chiyouchin is said to have “neverending love” for his caretaker Oshiro.

Caretaker Tanaka wants to befriend Kiriko, but Kiriko blows hot and cold — sometimes sulking with Tanaka for as long as 20 minutes.

The charts have so far been generated plenty of interest.

“We’re glad we received many comments on this year charts, too,” Okuda adds.

“Some comments said ‘It’s more complex than human relationships’ and some said ‘I never get tired of looking at the map.'”