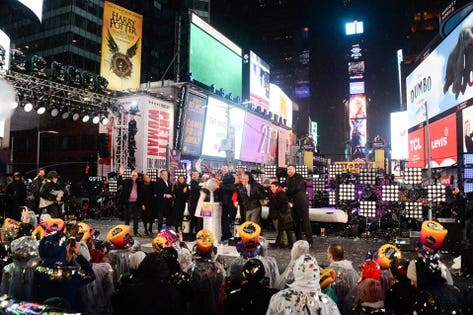 The approximately seven-year New Year’s Resolution trend that appears to have gained traction, Dry January, is billed as a health trend. In fact, the first line of a recent press release I received was emphatic, “The latest New Year’s trend has nothing to do with alcohol—literally.”

Dry January is believed to have been instigated in 2013 by the United Kingdom-based “Alcohol Concern,” which is today known as “Alcohol Change,” (AC). On the AC website, the opening paragraph reads in part: “If you’re reading this, you’re thinking about your drinking…A month off is a perfect way to reset your relationship with alcohol. It only takes three weeks to break a habit, so this could be your route to happier, healthier drinking long-term.”

It’s not a bad idea for those who drink heavily to stop doing it. The disease of alcoholism is extremely unhealthy for the drinker and can be a problem for and a danger to family, friends and others with whom an alcoholic makes contact. If Dry January or Sober Spring work to reduce alcoholism, then it is an overall good thing. But for people who drink alcohol to excess, and have been doing so for a long time, taking a month off may not be possible to implement just like that. Dry January probably captures mainly social or casual drinkers (and maybe those who get drunk every once in a while), people who have not succumbed to the disease and may be more likely to spend time thinking about our health.

Considering the World Health Organization’s global push to reduce alcohol consumption, a global periodic dry movement could be a way to get people to lower their alcohol consumption toward zero. That press release also mentioned that 31 days of sobriety might help a person cut back alcohol consumption long-term. Does use of the word “sobriety” imply that those of us who consume beverage alcohol do it only to get drunk?

Anyway, a study cited by the Journal of Studies on Alcohol and Drugs suggested the potential cardiac benefits of moderate alcohol consumption may not accrue to every consumer. Then, there’s Millbank Quarterly’s recent article that traces the history of the scientific evidence to consider.

What happens when you give Dry January a try?

AC also says, “…the real magic happens when Dry January is over…alcohol-free for 31 days shows us that we don’t need alcohol to have fun, to relax, to socialise [sic]….Dry January can change lives.”

I’ve nothing against Dry January or Dry any month. Just as periodic fasting may benefit our health, periodic alcohol abstention can be part of the regimen. For those interested, go for it. But I would like to see those who promote such things be forthright regarding their intentions. Based on how the information is presented, and contrary to the press release, it’s clear Dry January has everything to do with alcohol; it appears the French wine industry thinks so.

Dry January 2020 has motivated a number of French wine and spirit groups to complain in a letter to Prime Minister, Edouard Philippe. The letter accuses the Dry January movement of an attempt to replace the French message of moderation with the message of abstinence—or worse, an inevitable wine ban.

The 8 best castles in Scotland
International airlines launch battle plans to deal with summer of travel chaos
An Interview With Rob Tod, The Founder Of Allagash Brewing
Kraków’s best neighborhood (and the other four you should visit too)
15 epic hikes in Australia and New Zealand among volcanoes, rainforests and more