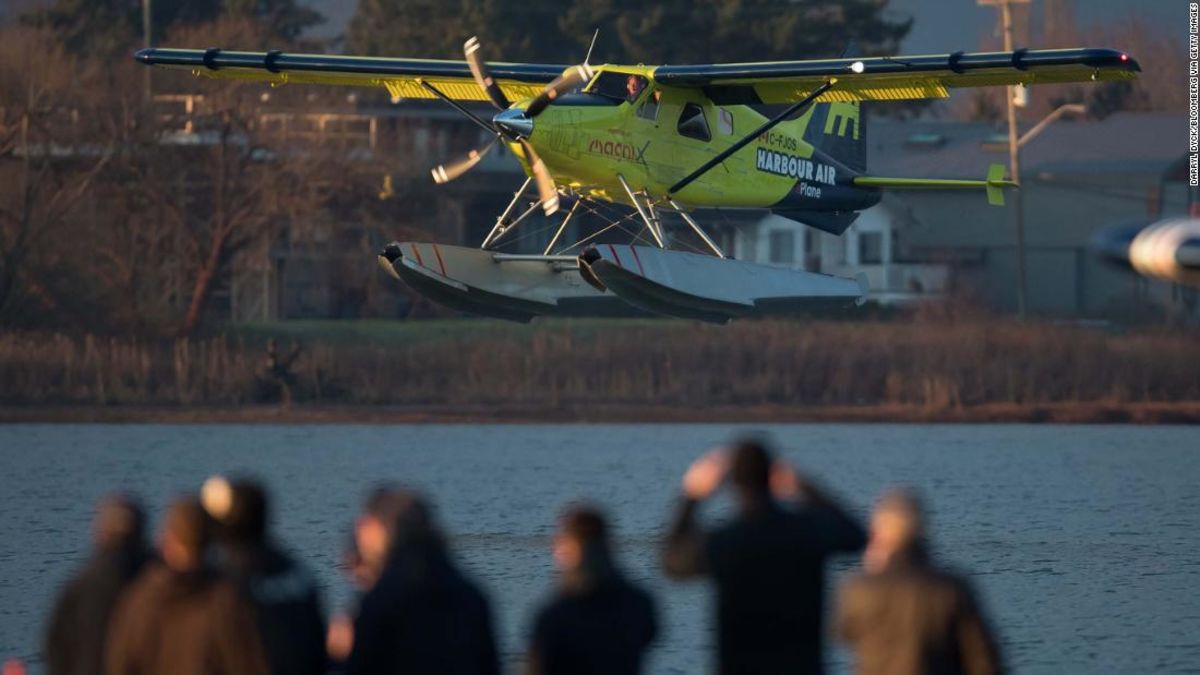 The six-seater plane — a 62-year-old seaplane re-fitted with a fully electric 750 horsepower motor — took off from Vancouver on Tuesday and was airborne for less than 15 minutes, according to the news agency AFP.

Greg McDougall, CEO and founder of Harbour Air, piloted the inaugural flight on one of his company’s aircraft.

“Today, we made history,” said McDougall, who praised his company’s “innovation” in achieving a “world-first milestone.”

The flight marks the start of the third aviation age — “the electric age” — according to a statement made by Harbour Air on its website.

Roei Ganzarski, CEO of magniX, the Australian electric motor manufacturer who worked with Harbour Air on the project, said in a statement that the whole transportation sector — and the aviation industry in particular — is “ripe for a massive disruption.”

Ganzarski added that this flight proves that “low-cost, environmentally friendly, commercial electric air travel” could be possible in the “very near future.”

The lithium battery power used on the test flight could fly a plane of that size about 100 miles (160 kilometers), the news agency AFP reported Ganzarski as saying.

Harbour Air and magniX will now start the certification process, hoping to make the rest of Harbour Air’s fleet electric-powered.

Founded in 1982, Harbour Air currently runs up to 300 daily flights, providing transport links along the coast of British Columbia.

All-electric powered aircraft are also being developed elsewhere in the world, including in the UK.

10 underrated beach holidays to rival Greece – for a fraction of the price
Tech Stocks Are Leading Markets Higher Again, But Analysts Split On Whether Rebound Will Continue
‘Great Things Are Coming’: Colombian Cocoa Farmers’ Rugged Winding Road To Upend The Unequal Food System And Their Hope For Prosperity
I spent 7 days riding my bike 468 miles across Iowa with a pack of 18,000: here’s how I did it
Post-Brexit travel to the EU is about to become very different