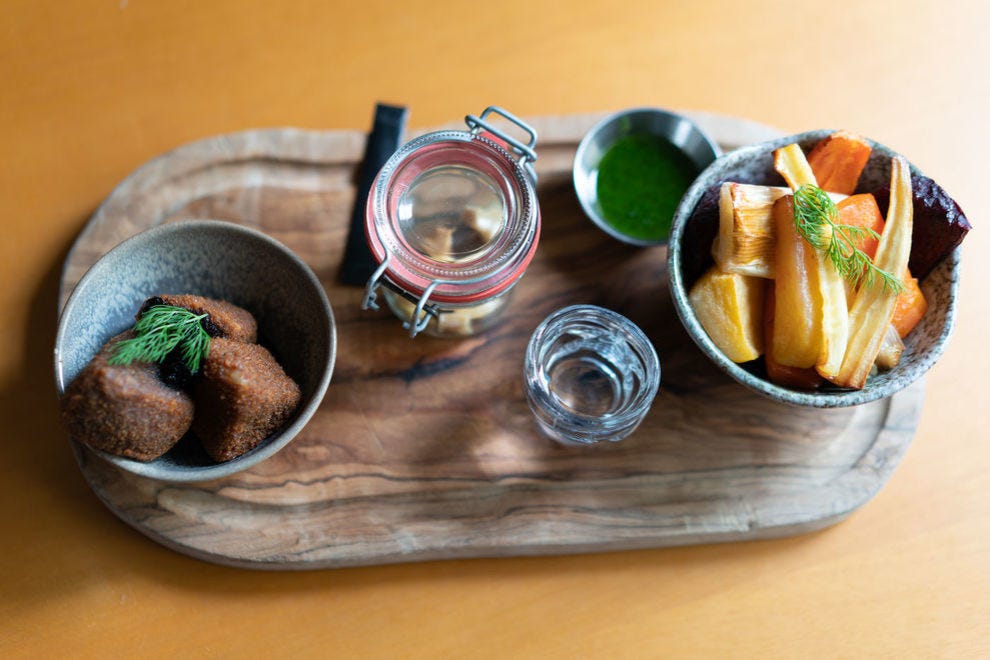 Would you chase rotten shark with moonshine?

The best way to get a taste of Iceland: eat your way through it. Follow your taste buds on an adventure of these only-in-Iceland flavors – from “Geysir bread” baked underground by hot springs, to a potato liquor with an ominous name, to fermented shark.

Here are 10 unique dishes you should try in Iceland. 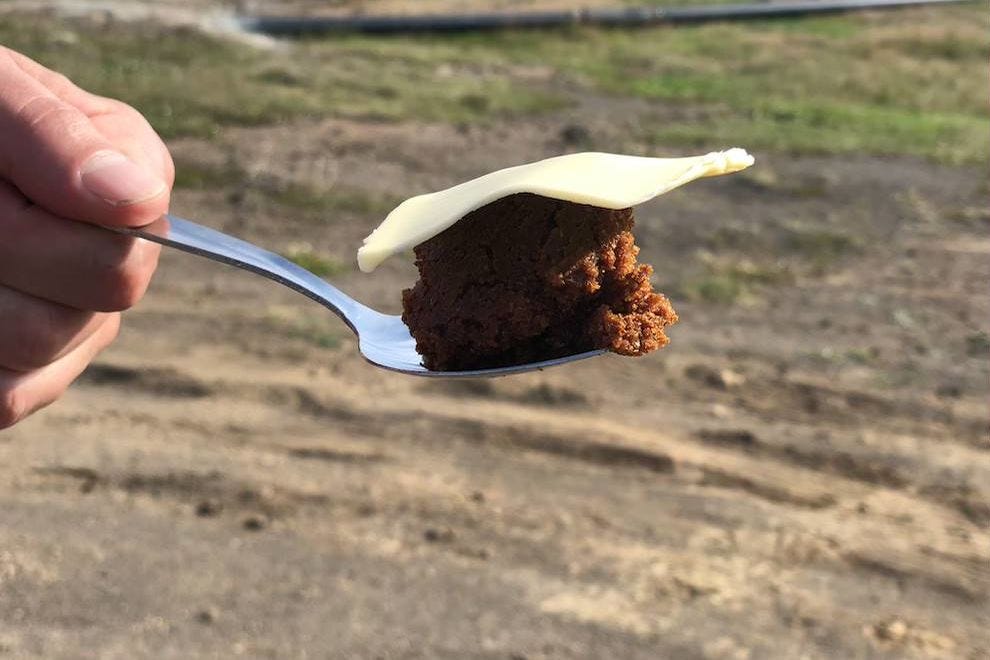 Iceland’s geothermal waters provide a natural below-ground oven, and that’s where the country’s brown Geysir bread is baked. Locals call it “bread in a bucket” because the dough is placed in buckets, buried underground and heat from the nearby hot springs does the rest. This bread is chewy and dense, best served with a monstrous slab of butter.

Where to go: Menus throughout Iceland. Bake your own bread near Lake Mývatn on an Adventures by Disney tour. 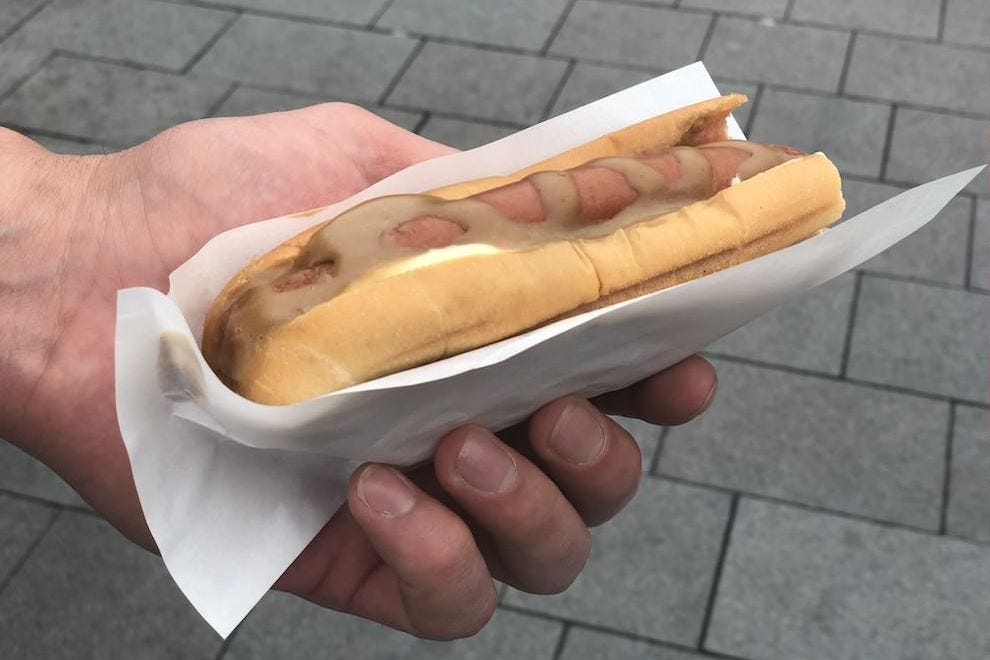 In Iceland, sausage is a mixture of pork, lamb and beef, smothered with raw white onions, fried onions, a sugary brown mustard (pylsusinnep) and remuladi sauce, made with capers, herbs, mustard and mayo. Due to the local lamb and natural casings that pop when you bite, these dogs taste different than their American counterparts.

Where to go: The Baejarins Beztu Pylsur hot dog stand in downtown Reykjavik, a local fave since the ’30s. 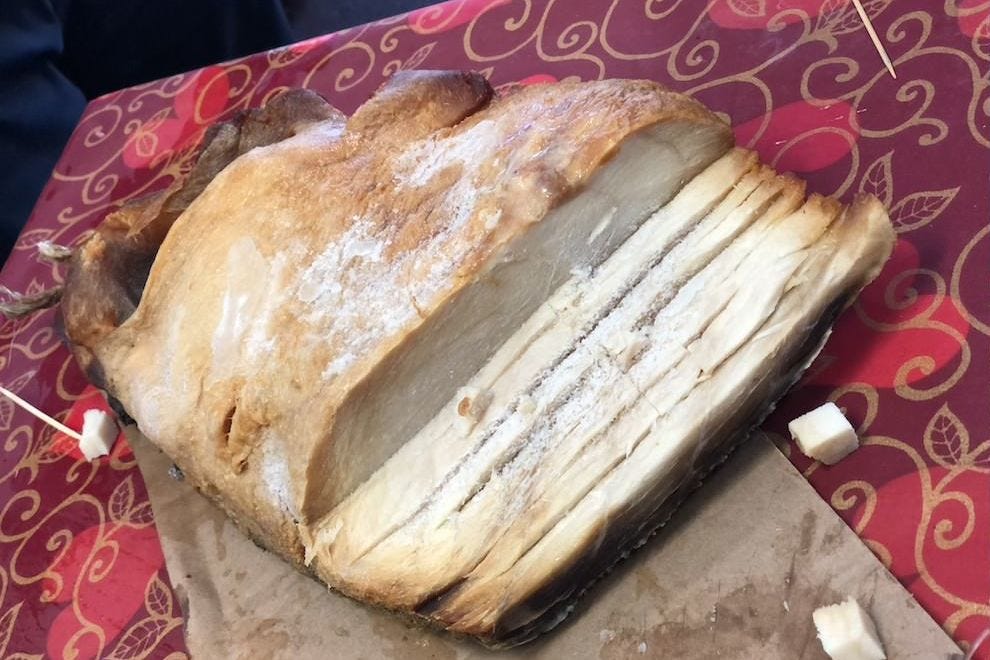 Learn about the fermentation process at a family fishery and then join the Rotten Shark Club (you get a certificate) – if you can stomach a bite of fermented shark. Tip: Don’t smell it.

Need liquid courage? Ask for a shot of moonshine made with mysterious red berries that only grow in one valley, somewhere (the locals won’t say where).

Where to go: Ektafiskur in Hauganes, a village along the west bank of Eyjafjörður. 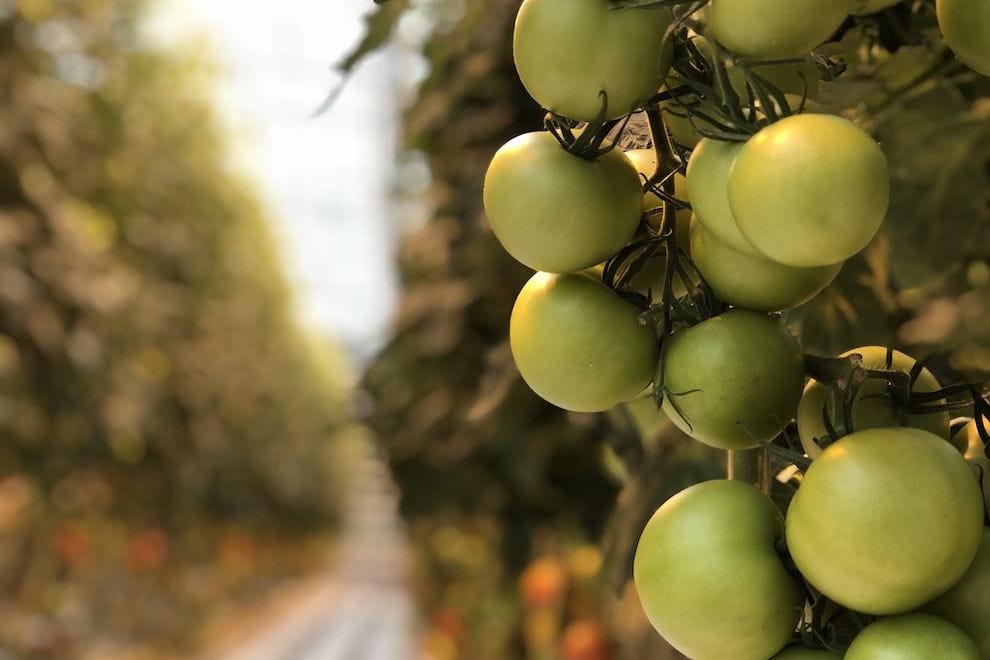 A misconception about Iceland is that everything must be imported due to the weather and isolation, but that’s not true. Iceland has perfected greenhouses, thanks to ample water for irrigation and inexpensive power, so it’s easy to find fresh, local produce grown year-round.

Try tomato soup on a chilly day. Sit in a greenhouse surrounded by vines and about 600 bumblebees while you slurp fresh soup.

Where to go: Fridheimar Greenhouse Farm in Selfoss. 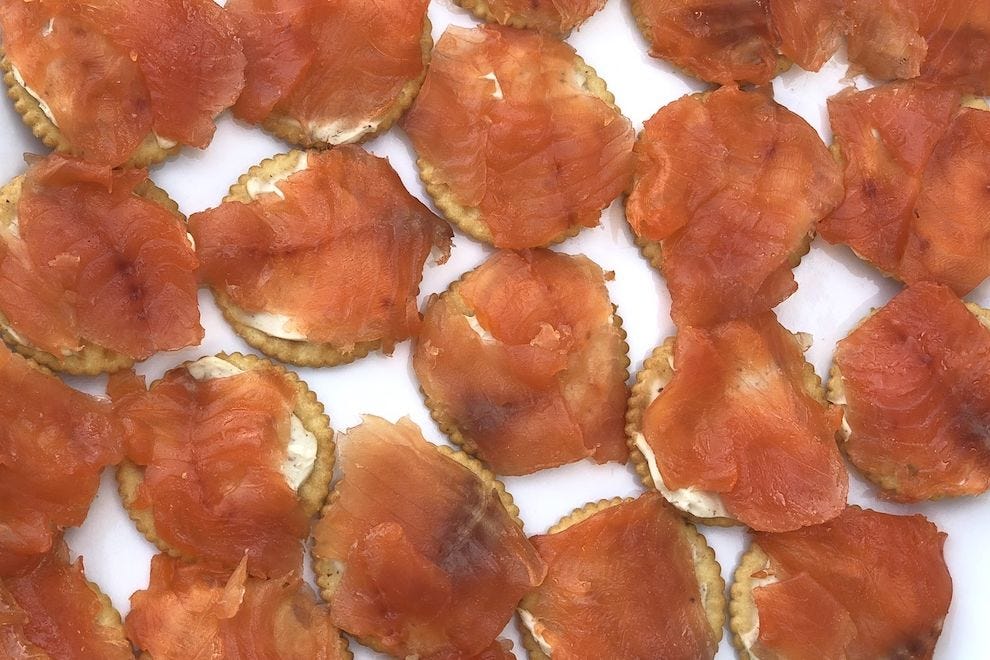 Learn about the age-old smoking process in turf-style outbuildings, and then sample the meat made right there.

Ask to try the trout smoked for 10 months. As the story goes, they forgot fish in the smokehouse, but when they recovered it, they found it was extra flavorful. Now, they consider it a delicacy. Buy some to-go at the farm shop.

Where to go: The Little Farmer’s Shop near Lake Mývatn. 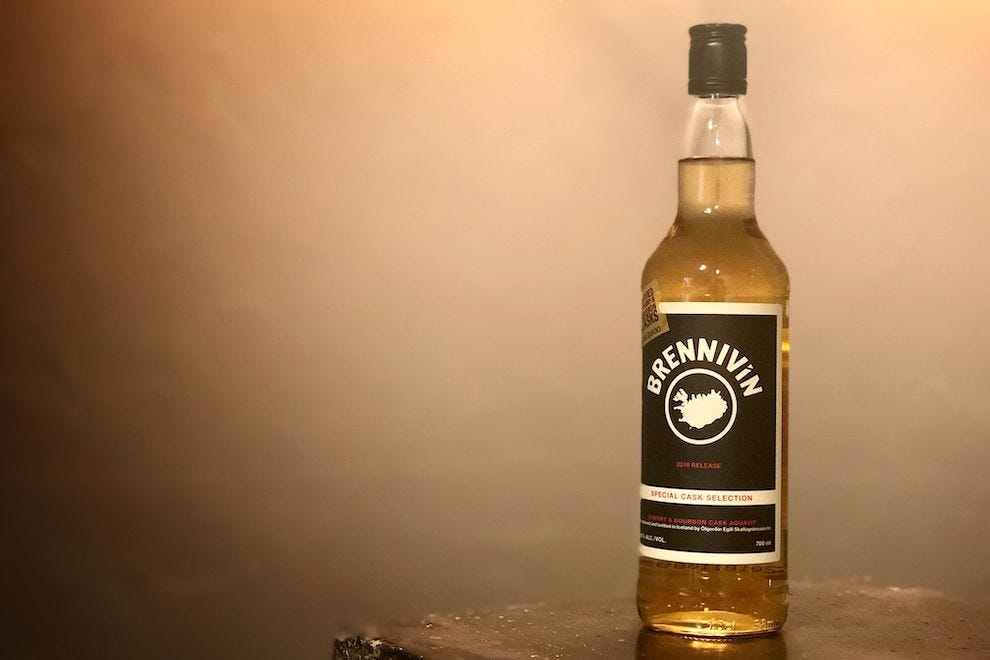 Iceland’s signature liquor has an ominous nickname, although one shot won’t kill you. Its official name, Brennivín, translates to “burning wine,” which is more accurate.

Black Death is schnapps made out of fermented potato mash, flavored with caraway. This alcohol is only made in Iceland and only in one distillery. It’s traditional to drink your Brennivín neat and frozen.

Where to go: Buy a bottle in the airport. Le Kock in Reykjavik serves Black Death cappuccino. 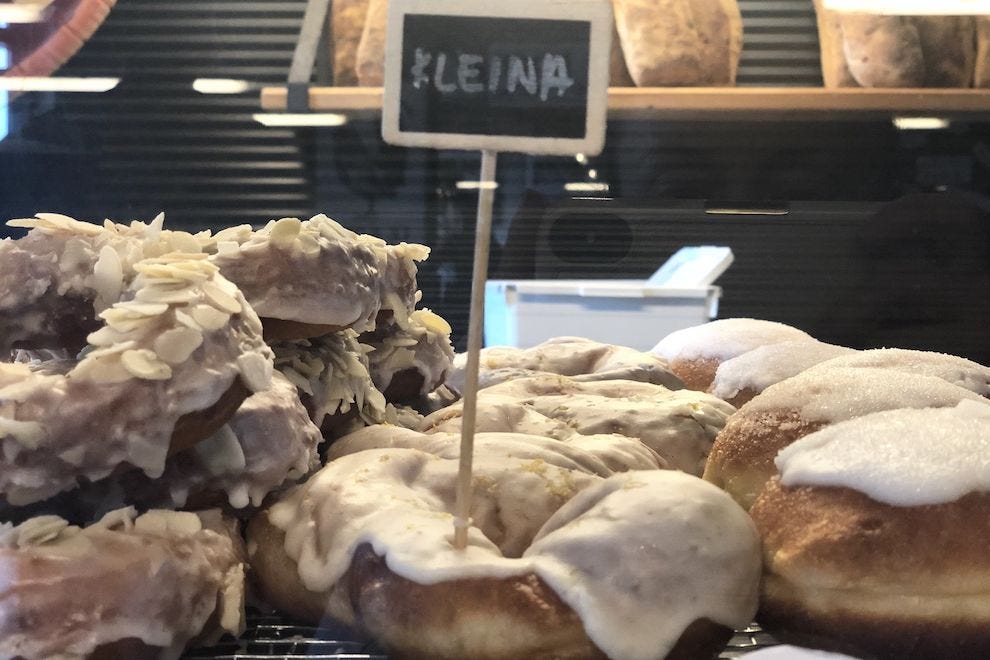 Traditional Icelandic donuts are small, plain, twisted and fried, typically glaze-free and flavored with lemon zest and cardamom, sometimes nutmeg. They’re crunchy on the outside, soft inside. You can also find Icelandic donuts made with sour cream and potatoes, which offer a firmer texture, more like cake.

Where to go: Most grocery stores and bakeries, but the best are at Deig in Reykjavik. 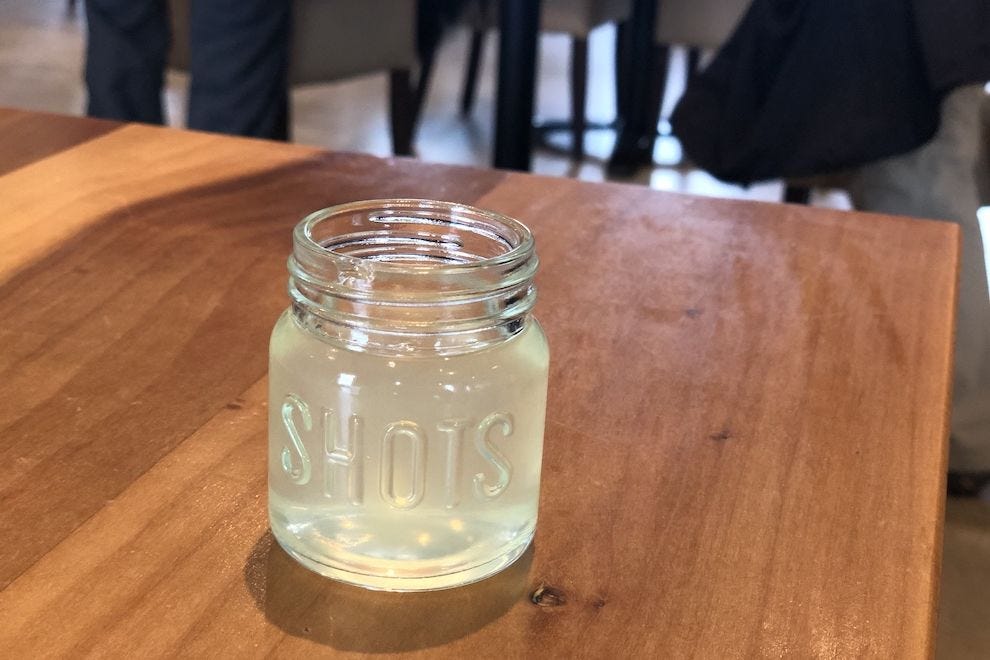 The countryside of Iceland is alive with working farms. Get off the tourist path and visit a dairy that sells housemade ice cream and cheese.

Request a fresh, concentrated shot of whey. Forget processed protein powders that fitness folks swear by. Icelanders drink it pure. They claim it’s good for kidney stones and an excellent thirst-quencher, not to mention high in protein.

Where to go: Efstidalur II Farm in Laugarvatn via an Adventures By Disney tour. 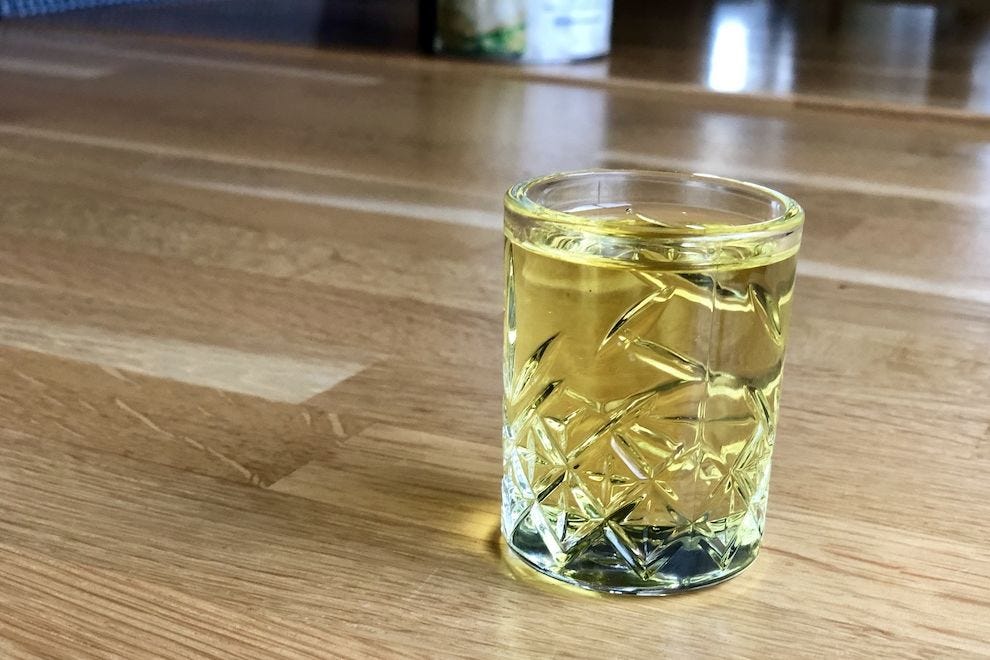 Start the day like a Viking with a shot of cod liver oil. It’ll leave a fishy taste with you for the rest of the day, but it’s packed with omega-3 fatty acids and vitamins A, D and E.

Plus, it’ll make you resistant to the cold, give you incredible strength and keep you from getting sick – at least according to fishermen’s tales.

Where to go: Pretty much every breakfast table or buffet across the country. 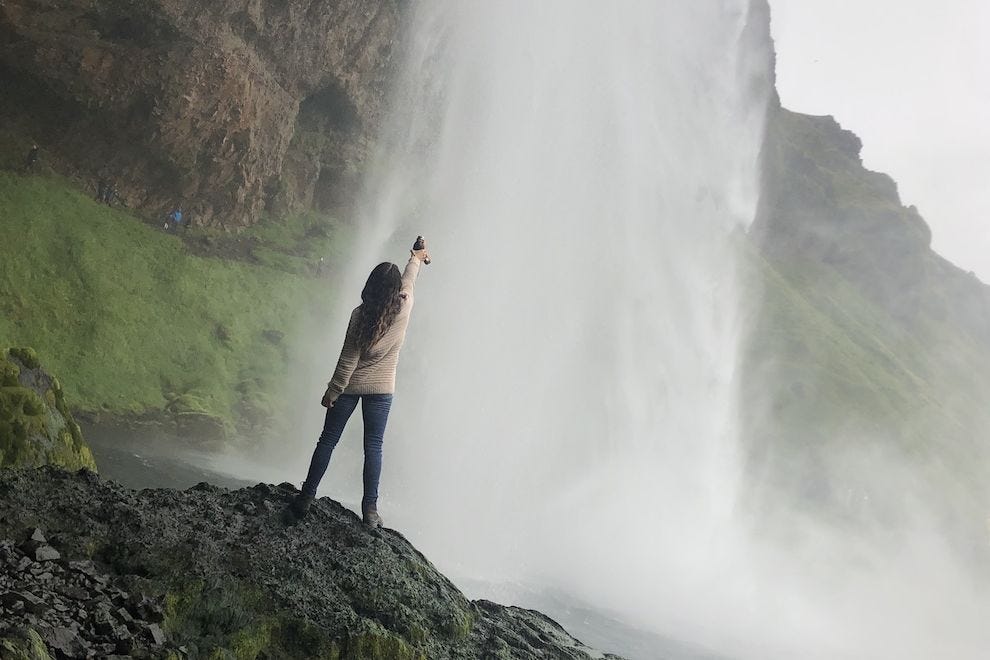 Forget bottled water. Water’s so pure here you can drink it straight out of the river, or hold up your water bottle under a waterfall and fill ’er up. Drink Viking style: mouth open while doing push-ups on the shore.

Where to go: Hike the Vatnajökull glacier in the Skaftafell National Park, and drink straight from the source.

How to get around Lagos like a local
Air travel system is ‘very brittle,’ Buttigieg says. DOT wants to hear traveler complaints
South Carolina on a shoestring – how to enjoy the Palmetto state on a budget
20 things to know before visiting Kraków
The surprising hobby that’s drawing 70-year-olds to the beach