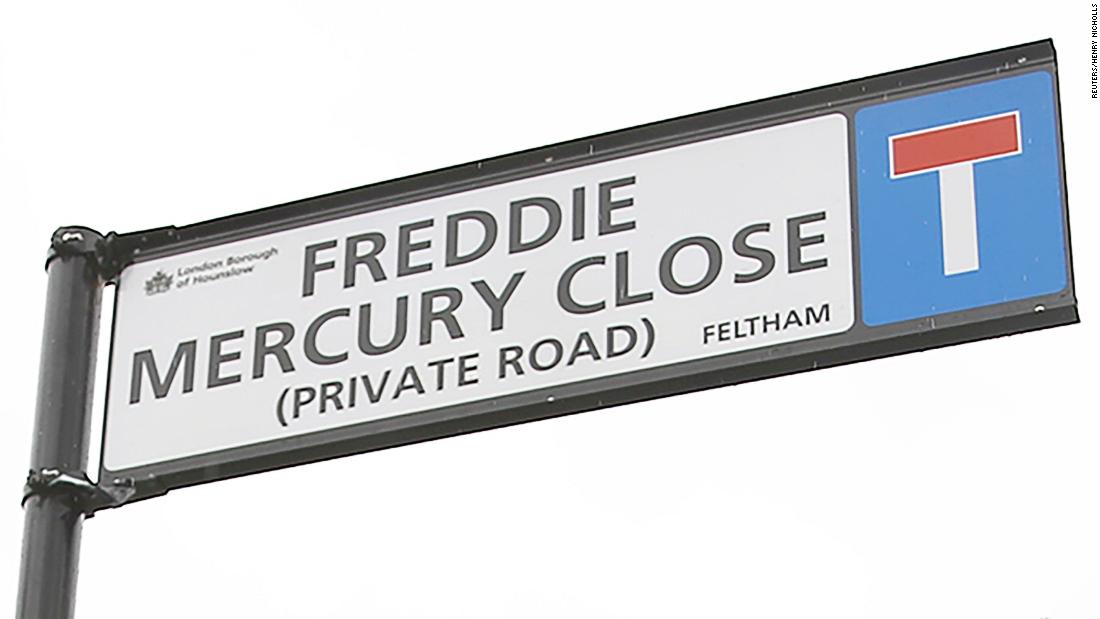 However, Mercury, born Farrokh Bulsara, did not grow up on that street. The Bulsara family lived nearby at 22 Gladstone Avenue, which is marked with one of the round blue plaques that the UK uses to commemorate places that have historical connections.

The neighborhood, which is close to Heathrow Airport, is also home to a community of Zoroastrians — the faith that Mercury’s family practiced.

Before forming the rock band Queen in 1970, Farrokh Bulsara worked as a baggage handler at the airport.

Among the guests who gathered on a rainy British morning to watch the street sign unveiling was Kashmira Cooke, the late Queen frontman’s sister.

Although Mercury died in 1991, his musical legacy has endured over the years.

After touching down at Heathrow and popping over to Feltham to visit Freddie Mercury Close, Queen fans can head into central London to the newly opened Hard Rock Hotel to see the Kirkwood piano on which the teenage Bulsara practiced in the family home.

Mercury’s last home was Garden Lodge, a high-walled mansion in the well-heeled London neighborhood of Kensington. It’s now a private home owned by his ex-girlfriend Mary Austin, after he left her the property in his will.

17 free things to do in Indianapolis: art, parks, monuments and military history
Hike, paddle and climb your way around the best of Grand Teton National Park
The best national parks in North Carolina span mountains, beaches and battlegrounds
The best neighborhoods in Panama City buzz with energy
This man and his dog spent seven years walking around the world