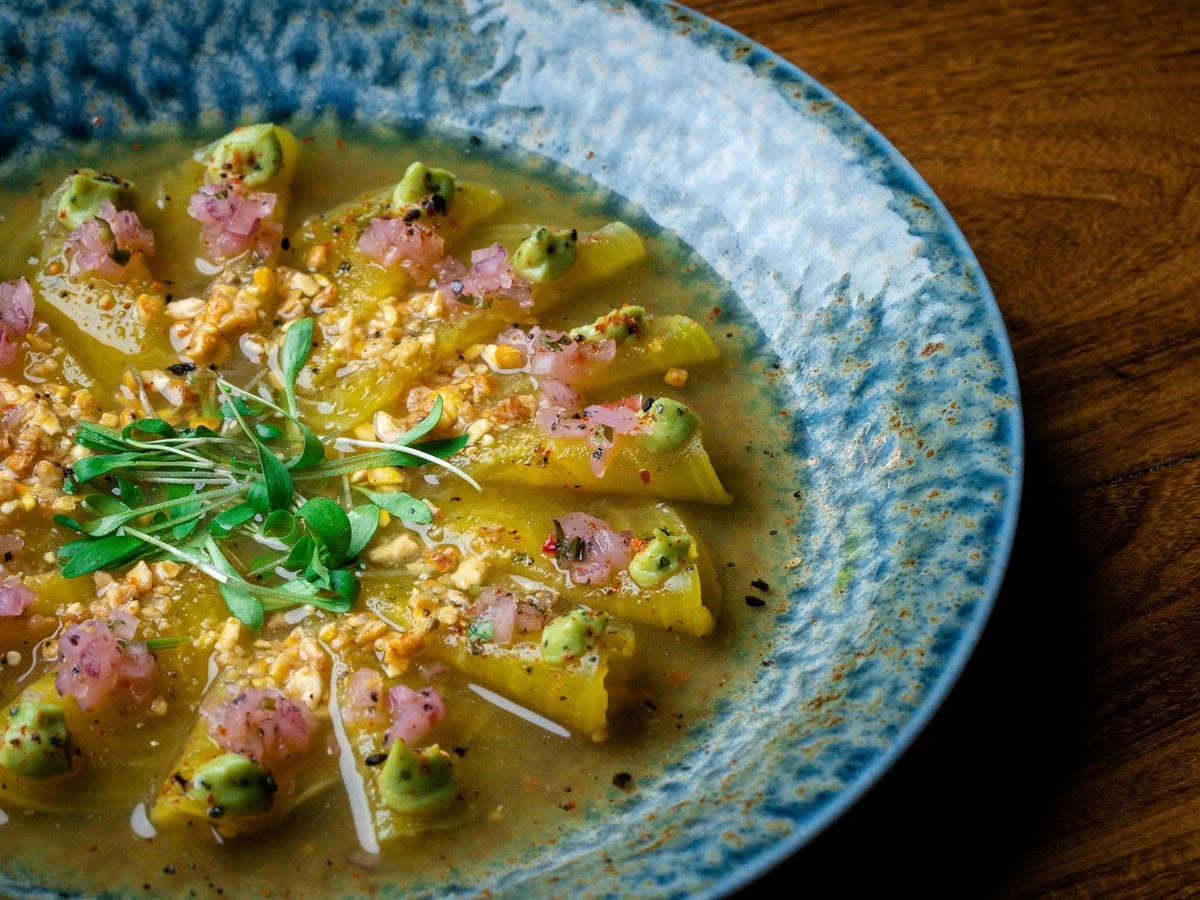 When it comes to exciting food and drink, the San Francisco scene always delivers in spades. But this fall feels like a particularly auspicious time for the city as a number of relative newcomers are just starting to hit their stride. Whether you’re a longtime local or an eager tourist you ought to take note. Here’s a closer look at where you need to go right now and what you need to order when you get there.

It’s been barely a year since this playful Euro-accented bistro/bar opened up in the Mission and yet it already feels very much like a neighborhood fixture. Chalk some of that up to the convivial vibe maintained by co-owner and unassuming drinks guru Drew Record. He groups his aperitif-friendly cocktails into broad categories including daiquiris, spritzes, and bloodies—with a non-alcoholic variation in each. And his vintage cellar holds fermented treasures that you literally will not find anywhere else. When you throw in the inspired small plates—like fried potato puffs and pork belly porchetta—from chef Timmy Malloy you being to understand the flawlessness of the formula. And an outdoor patio with live entertainment (including occasional twerking demos) certainly doesn’t hurt.

Get This: The Tropical Daiquiri, blended with Plantation Rum, coconut and passionfruit. And definitely don’t sleep on the ChezChez Potatoes.

What do you think?

One Community, Many Voices.

Be the first to comment comments posted on Forbes. Add your voice now.

The Marina’s newest hotspot bills itself as a place for Korean bar food. And though it may be casual, it yields nothing to creativity and cravability. Bulgogi tator tots, mozzarella filled rice cake skewer, fried seaweed spring rolls are but a few of the snacks on heavy rotation here. It’s the sort of fare that’s just begging to be washed down by easy-drinking soju. Thankfully Ilcha boasts one of the most extensive lists of Korean liquors anywhere in the Bay Area. Though you won’t find advanced mixology here, beyond a basic highball preparation, there’s enough bottlings of clear spirit to keep you exploring through a dozen repeat visits.

Get This: If you’re really hungry, try the Bulgogi Jeongol—a soy marinated-waygu beef hotpot with rice cakes and chrysanthemum. Wash it down with the Slow Village Makgeolli.

The second location of this Nikkei standout opened in February, atop the Hyatt Place Hotel in SoMa. Its breathtaking skyline views and proximity to the ballpark make it a difficult reservation on most nights of the week. But this place has got much more going on than mere location. Namely: a robust selection of ceviches and tiraditos; crushable sushi rolls with imaginative add-ons; and a great collection of Pisco-based cocktails. Sake fans will also be heartened by the breadth of options on their easily navigated digital menu.

Get This: The Hamachi Tiradito with spicy cilantro leche de tigre. Pair it with the Porco Rosso, a mezcal and amaro amalgam with wondrous depth.

This Hayes Valley hit is probably the most talked about restaurant in town these days. Why? Because it’s downright delicious. Husband and wife co-owners Emily and Robbie Wilson have developed a menu that focuses on raw, seasoned and cured fish. The presentations might be elaborate (we’re looking at you caviar eclair) but when it comes to actual flavor the proteins are undoubtedly the stars of the show. It also carries the finest bread service in town, featuring house-made sour loafs accompanied by crab-fat whipped butter or lobster velouté. The wine list is curated to suit these unctuous undertones to a tee. And the room is effortlessly styled to look like a mid-’70s recording studio. It’s definitely a vibe.

Get This: Anything on the raw seafood menu paired with a glass of whatever high-acid white wine your server recommends.

Well there’s certainly nothing new about this spot. Originally founded in Napa Valley more than 20 years ago it has evolved into a Bay Area burger institution. Nevertheless, you’ll want to brave the crowds of the Ferry Building this fall in order to try their seasonal BLT at least once—if not many more times. It’s made with thick slices of organic heirloom tomatoes, bacon from Northern California’s own Zoe’s Meats, Haas avocados and house-made lemon mayonnaise all on a toasted sourdough bun. Perfection, with a side of garlic fries.

Get This: The BLT, of course…While it’s still in season (the Kimchi Burger if it’s not). And a pint of Pliny the Elder double IPA on draft.